Over the past half century, our society’s views on sexuality have become more and more dissociated from reproduction. Nowhere is that more apparent than in the argument for unrestricted abortion. Recently the Vermont legislature passed not just a law supporting unrestricted abortion, but a constitutional amendment as well. The amendment (Proposition 5) reads: “An individual’s right to personal reproductive autonomy is central to the liberty and dignity to determine one’s own life course and shall not be denied or infringed unless justified by a compelling State interest achieved by the least restrictive means.” Note that there is no reference at all to the fetus, let alone to fetal rights. 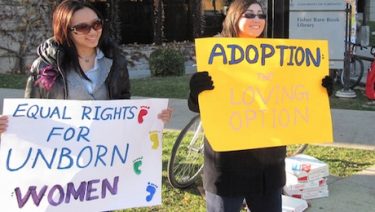 This strikes me as a strange use of the word autonomy. Autonomy means “the right or condition of self-government” or “(in Kantian moral philosophy) the capacity of an agent to act in accordance with objective morality rather than under the influence of desires.” Wouldn’t reproductive autonomy more likely mean a person taking full responsibility for the consequences of the autonomous act of having sex, a consequence not imposed on them by fellow human beings but by nature herself? Instead this constitutional amendment guarantees freedom from responsibility for raising a child so conceived or making arrangements for adoption.

The very concept of liberty, as I learned it as a girl, contained the notion of accompanying responsibility. And I cannot think of a single liberty that does not have reasonable restrictions attached to it. To sum it up, my rights end where your rights begin. For example, freedom of speech does not allow me to yell “fire” in a crowded theatre or to slander someone without consequences. And liberals and progressives would be the first to tell you that restrictions on both economic liberty, and the Second Amendment right to defend yourself with a firearm, are absolutely necessary. Why then do they insist that there shall be no restrictions on sexual liberty? Why are they ignoring the rights of the fetus so totally that they don’t even mention it?

Nationally and internationally, people are struggling with the question of fetal rights which Wikipedia defines as “the moral rights or legal rights of the human fetus under natural and civil law.” While not universal, “the fetus is granted various rights in the constitutions and civil codes of several countries” and “many legal experts believe there is an increasing need to settle the legal status of the fetus.”

Roe v. Wade itself — the Supreme Court decision that liberals and progressives regard so highly and fear will be overturned — actually defined the right to abortion as existing only through the first trimester. In a very unusual case, the justices went outside American jurisprudence to cite the universally held belief that something fundamental changes when a woman reaches the time of “quickening.” That would be as early as 13 weeks when a pregnant woman feels the baby move. From that point the fetus is arguably an entity “carried” by a women’s body but no longer part of it. And there is no doubt that the fetus is, at that stage, “alive.”

The Roe case is also the origin of the concept of “viability.” Viability refers to the “interim point at which the fetus becomes … potentially able to live outside the mother’s womb, albeit with artificial aid.” That point is “usually placed at about seven months (28 weeks) but may occur earlier, even at 24 weeks.” Over 40 states have laws restricting post-viability abortions.

More recently, scientific works have made a credible case that life begins at conception. For many pro-life people, this fundamentally alters the argument about fetal rights, making it even more compelling.

The magnitude of the issue — the complexity of the facts and the depth of feeling about abortion — calls for a much broader debate than has previously taken place in Vermont, before we enact something as permanent as a constitutional amendment. There are at least two major stakeholders: the mother and the child. Both deserve our utmost consideration.

Luckily, we have two more stages in this constitutional amendment process — another legislative round in 2021, after the 2020 election cycle, and a full-fledged referendum to the public if the legislation passes a second time. Time to start talking to our neighbors.

Carol Frenier is a business owner living in Chelsea, Vermont. She is chair of the Orange County Republican Committee.

Images courtesy of Bruce Parker/TNR and Students for Life

3 thoughts on “Frenier: Abortion amendment is too one-sided”