Several weeks ago, throughout Vermont and the country, newspapers — print and digital — called our attention to the fact that they were under attack. According to reports, the campaign by the media had its beginnings at the Boston Globe. The Globe asked “the president of the United States to knock off attacking the news media.” 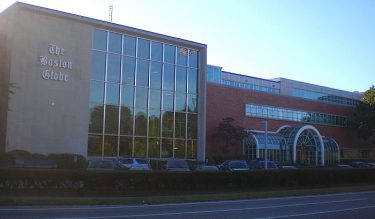 Since the Globe’s piece, hundreds of other media outlets picked up the cry, echoing what the Globe had stated — and some went even further, noting that a free press in America was in danger from this president who continues “to knock the media” each and every day (some outlets specifically, but not all of them).

Ever since the 2017 presidential inauguration, on a daily basis, a great number of media outlets have something negative to write about the president, who happens to be a Twitter junkie. As such, he fires back at the press also on a daily basis, and in many cases, not so gracefully. Free speech is flourishing.

Nevertheless, the question to be answered is this: Is a free press in any danger from this president? I don’t think so, at least not from the president sounding off in response to what he perceives as negative or fake news about him or his administration.

The press is in danger from other external and internal forces. A case in point would be how those of us in southwestern Vermont lost our press coverage from the Rutland Herald. Since 1794, the Herald covered news events in our area of the state. Two years ago, it ceased to do so. President Trump was not in office when the paper’s owners made the decision to cease reporting the news in Bennington County. It was a financial decision.

And if we can bring some objectivity to the discussion, it is no mystery that, throughout Vermont and the country, hundreds of news outlets have either closed their doors or gone to skeleton staffing. In the mid 1980s when I moved to Arlington, Vermont, all of the proceedings before the town’s government boards — planning, zoning, school, and select boards — were reported in the following day’s local newspapers. This is no longer the case, and how dangerous that can be.

The prime enemy of the print and digital media today is the internet, where close to 85 percent of budgets for print advertising are being spent — not in local or national newspapers. President Trump’s daily press bashing will not close down newspapers — the market forces will for sure.

The market forces and the papers themselves are indeed the prime culprits for what have negatively impacted the press in Vermont. A statement contained in the recent editorials on the issue of a free press was interesting. It noted, “Granted, the press is not above reproach. Reporters and editors are human beings, with all their attendant failings — but responsible journalists revere accuracy and strive mightily to uncover and disseminate the truth.”

Fair enough, but fairness and objectivity are missing from this contrition. On these pages in April 2017, I had called the reader’s attention to the February 23, 2017 issue of the Rutland Herald. On the paper’s two-page editorial commentary, there were no less than seven editorials and columns debunking President Trump. At the time, there was no question that censorship was at play by the paper’s editors. I had found it hard to imagine that the paper’s readers are all of the same political thinking. Where was the fairness there?

Vermont needs a free press more than ever, especially to cover the mischief that can take place at the local and state level. What we also need is a moratorium on Trump reporting. In the 2016 presidential primary and election, the media gave Trump a reported $2 billion dollars in free media and, by doing so, excluded all of the other 16 Republican candidates. Could it be that this is what is meant by “a free press?”

2 thoughts on “Keelan: The free press is in no danger”