A former Vermonter and ongoing advocate for government transparency is alleging that the city of Burlington is violating federal law by creating race-based affinity groups for city employees.

In a series of emails exchanged between March 26 and April 4, Patrick Cashman, a former Barre Town resident and former assistant director of the Burlington Department of Public Works, told Burlington City Attorney Eileen Blackwood and other city officials that documents he obtained through a public records request show that BIPOC affinity spaces the city launched in December make race the deciding factor for access to the new employee programs.

A Nov. 30 invitation to the first-ever BIPOC affinity space, sent to city employees from from the Racial Equity Inclusion and Belonging Employee Resource Group, says, “Please attend if you identify as Black, Indigenous, a Person of Color, bi, or multiracial. This space is for you!”

Cashman, who forwarded his email exchanges and 26 pages of highly redacted city records to members of the Vermont press, complained about policy discrimination against whites and “failures to follow city policy in regards to city contracts to enact racially segregated spaces and services.”

Municipalities set up affinity groups to help employees collaborate on common work-related goals. Some affinity groups being created in Burlington are social justice-themed, and Cashman alleges they are inviting people of color to participate while excluding whites. 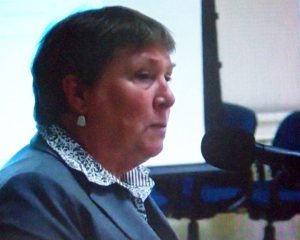 He added that U.S. Equal Employment Opportunity Commission (EEOC) guidelines say it is illegal to discriminate against any employee based on a person’s race, color, religion, sex, national origin, age, disability or genetic information.

In response, Blackwood denied the city is violating anyone’s civil rights in the establishment of BIPOC affinity spaces.

Cashman responded that affinity groups are supposed to be “based on shared interests, not skin tone,” and began asking if whites were allowed to join BIPOC groups and enjoy full membership, and even leadership.

“If every employee can voluntarily join, leave, change the affinity group of their choice and enjoy full membership with all rights, privileges, obligations etc. without limit or discrimination based on ANY protected characteristic, then I guess you are right and no problem,” he wrote Blackwood. “But if you find yourself or any City employee or agent saying ‘Dear Employee X, you will not be allowed to participate in the Affinity Group for Y race because of your Z race’ … that’s race based discrimination which is always bad and often illegal.”

On April 4, Blackwood replied that the U.S. Patent and Trademark Office toolkit for establishing affinity groups states such groups may be based on “a shared identity, common background and/or special interest.” She added, “I understand that you think a formal written policy for these voluntary employee affinity groups would alleviate your concerns, but as far as I can tell, your concerns have no basis in fact. You have requested many pages of documents, but have not identified any instance of discrimination.”

Cashman, in response, asked a pointed question: “Can an employee who identifies as ‘white’ join, participate fully, and even perhaps assume a leadership position in the BIPOC employee affinity group described in the below email from 6:28 PM 30 November 2020 in which the ‘REIB Group’ city email address sends an email on the City email system, with a City header to the ‘BIPOC Community’ … and describes the program as for ‘BIPOC’ employees? If not, why not?”

Blackwood said Burlington has policies against discrimination, and told Cashman, “If you do learn that an employee has been discriminated against, please encourage that person to contact their Human Resources manager.”

Cashman submitted public records requests to find out if Burlington’s BIPOC affinity groups are, in fact, turning anyone away based on race. He’s appealing the city’s decision to redact portions of the records he obtained — marked as blacked out boxes throughout.

An April 7 letter sent to Cashman from Burlington Mayor Miro Weinberger states that a Dec. 5 email sent to Human Resources Diversity Manager Vanessa Santos Eugenio under the subject “BIPOC Affinity Space” was partially redacted because the information “is part of an interdepartmental communication and pertains to a matter that is ‘preliminary to any determination of policy or action.’”

Cashman told True North Reports in an email why he decided to challenge the city’s affinity spaces.

“Big Corruption only happens in an environment that allows this kind of local corruption to prosper and grow uncommented or challenged,” he said. “It’s corruption and racism. Sitting meekly by and allowing it to happen isn’t a choice anyone should be proud of.”

Michael Bielawski is a reporter for True North. Send him news tips at bielawski82@yahoo.com and follow him on Twitter @TrueNorthMikeB. Bruce Parker contributed to this report.

Images courtesy of Wikimedia Commons/Beyond My Ken and Lou Varricchio