The state’s GOP party committee nominated her to enter the race after Scott Milne, president of Milne Travel, bested Hansen by 46 percent to 33 percent in the Republican primary for lieutenant governor.

Hansen, who was born in India and now resides in Manchester, is known for her work as the former director of Vermonters for Healthcare Freedom.

“Following the primary election, the call to run for the state Senate came from several members of our Hansen campaign family,” Hansen said in a statement announcing her decision. 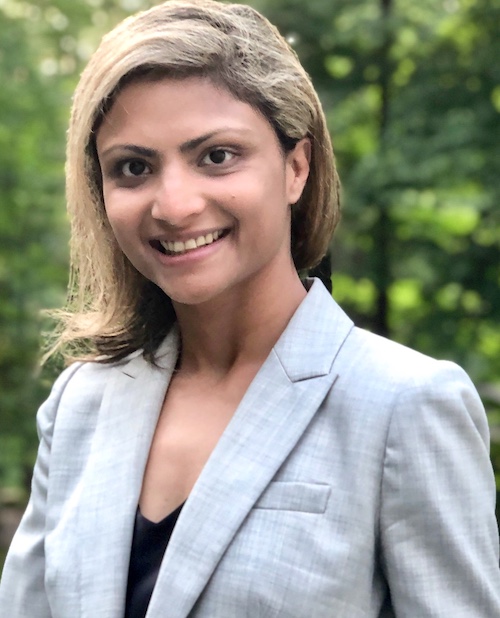 She also identified alarming trends in Vermont that she hopes to address if elected.

“I have seen the hollowing out of our economy, exodus of families and small businesses, and a culture of despair, addiction, and death consuming our towns and communities,” she said. “I strongly disagree with the politicians and experts who claim that this is the new normal for us. We can build a prosperous future for all with policies that foster economic development, create upwardly mobile jobs, and end monopolies in the healthcare, energy, and education sectors.”

She says her campaign has been grassroots-driven and puts the financial interests of middle and lower classes as a priority.

“We won southern Vermont towns hands down because our message reached and resonated with the voters,” she said. “Representing Bennington County in the Senate is in keeping with my primary goal, which is to give voice to Vermonters in under-represented parts like southern Vermont.”

The main points of Hansen’s “Small Towns and Big Hearts” campaign are reducing regulation and tax burdens, allowing more consumer choice when it comes to health services and insurance, and promoting education freedom.

Hansen says if elected she will be “the only legislator with a medical education and in-depth knowledge of Vermont’s healthcare system.”

Hansen has an M.B.B.S., which she said is the British equivalent of a M.D. in the United States. She graduated with Master of Arts from Dartmouth College. She is serving at the Southwestern Vermont Medical Center in Bennington and is a member of the Vermont Medical Reserve Corps.

In her run for Senate, Hansen will face incumbent Democrat Sens. Dick Sears and Brian Campion.

She also will face fellow Republican Michael Hall, of Sunderland, who received 307 votes as a write-in candidate during the Aug. 11 primary. Hall is a retired Manchester police chief and a vocal critic of legislative efforts to restrict how police and the judicial system can respond to violent crimes. He’s also a critic of the state’s fair and impartial policing policies.

Also running is Bennington resident Kevin Hoyt, who is known for his TV programs on outdoor life as well as his advocacy for the Second Amendment. Hoyt is running for Senate and for governor as an independent. Hoyt’s Facebook page is typically active with political commentary about Vermont.

Campion and Sears largely follow the Democrat Party platform. Sears wrote a commentary last year alleging that racial disparity is a serious issue not to be dismissed. Campion made news earlier this year when he supported PR9, an amendment to the Vermont Constitution declaring natural resources are “the common property of all the people.”