Robin Chesnut-Tangerman, the House Progressive caucus leader who was defeated by Republican Sally Achey in the 2020 general election, has been appointed by the local Democratic committee to run for the House following the withdrawal of the Democratic nominee.

The decision of Rutland-Bennington House District (Pawlet, Middletown Springs, Tinmouth, Rupert, half of Wells) in November could affect the future of Vermont’s climate change policy. 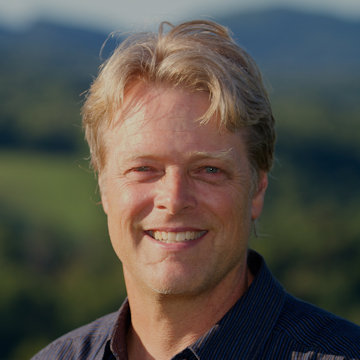 Before his ouster in November 2020, Chesnut-Tangerman was a member of the House Energy & Technology Committee and a strong supporter of the 2020 Global Warming Solutions Act, which created legally binding emission reduction targets. Achey, sitting on the same committee in 2021 and 2022, was a frequent and outspoken critic of the GWSA and its follow-up bill, the 2022 Clean Heat Standard. The Dem/Prog supermajority failed to override Gov. Phil Scott’s veto of the Clean Heat Standard when a disaffected Democrat voted with Achey and other Republicans.

Chris Hoyt of Middletown Springs ran unopposed as the Democratic nominee in the August 9 primary. According to his campaign page, he is a Goddard College graduate in the ‘alternative healthcare’ profession who has held many appointed and elected public service positions, including chair of the West Haven selectboard before moving to Middletown Springs.

Achey’s defeat of Chesnut-Tangerman was considered something of an upset because the incumbent was entrenched in legislative leadership, and the challenger was relatively unknown statewide. Tangerman’s decision to reopen sealed ballot bags on the night of the 2020 primary may have provoked voter opposition. According to True North Reports, Chesnut-Tangerman said he had “no nefarious intent” but was seeking to determine whether there were any write-ins for then-candidate for Gov. David Zuckerman.

Chesnut-Tangerman’s decision follows a growing trend of Vermont Progressive Party members to run as Democrats. He announced his plans yesterday on his personal Facebook Page:

“I’m running again! This past spring I made the decision not to run for election as State Representative, an office in which I had served this district for three terms.

“As you may know, Chris Hoyt ran and won the Democratic primary. However, for family reasons Chris has decided to withdraw from the race, creating a vacancy on the ballot. I thank Chris for his willingness to step up and hope he will continue to serve our community as he has others.