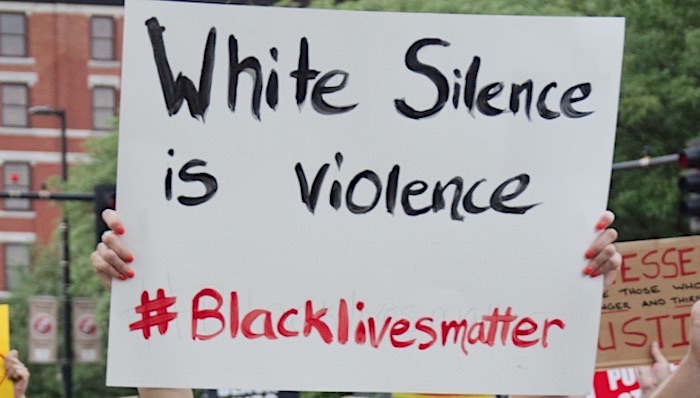 We are at a crossroads in Vermont. What path we take may very well have a longer lasting impact than the next election. Will civil debate in the democratic tradition go the way of to the dodo bird?

For years, public demonstrations on issues ranging from abortion to climate change have been commonplace in Vermont, signs of a healthy civil discourse. But some demonstrations have taken a more sinister tone of late, undermining the foundations of our democracy.

As such incidents accumulate within a short time frame, it is time to start connecting the dots.

We are at a crossroads in Vermont. What path we take may very well have a longer lasting impact than the next election. Will civil debate in the democratic tradition go the way of to the dodo bird?

Conservatives and liberals of decades past would likely call into question the sincerity of protestors who attempt to try to shout down the opposition. After all, if Black Lives Matter protestors have the stronger argument for policy reforms, their ideas will win out in a democratic society.

Political movements throughout American history that assume mutual respect have created lasting, positive change. White supremacists disrespected civil rights protestors during the 1960’s and would ultimately lose to said protestors because they refused to stoop to the supremacists’ level.

On the other hand, a will to dominate, rather than debate, the opposition is not the mark of democratic society — it marks the beginnings of totalitarianism.

A strategy of shouting down the opposition is indicative to many Vermonters of gusto over substantive arguments. That is, if we subscribe to the critical thinking tradition.

The roots of critical thinking which support democracy have been weakened in recent years. Critical thinking is ceding ground to a “superior” method for addressing systemic inequities, which is being taught in many college classrooms: Critical Social Justice theory.

According to theory expert Kristie Dotson, racial minorities do not have the resources to create change that white groups do, resulting in whites constantly competing and beating out minorities for positions of societal and economic power. Most members of the white race and minority groups suffer from a “false consciousness” which accepts the constant oppression of minorities as normal, taking for granted that minorities will perpetually live under a lower social status. Endeavors to gradually ameliorate poverty and social inequity play into the power brokers at the top of the white-dominated social structure. Semi-woke whites and minorities who attempt to debate for social justice within the critical thinking framework will lose every time due to the inherent advantages in the system.

Therefore, the only thing the truly “woke” can do to win on their terms is to avoid participating in discussion altogether, and opt for a strategy of silencing any whiff of debate between the semi-woke and those in favor of merely moderate reforms. In her book Being White, Being Good, Barbara Applebaum explains that the only genuine way to disagree with a Critical Social Justice theorist is to ask clarifying questions until one agrees (not a whole lot of room to disagree). The endgame? Democratic civilization needs to be violently dismantled so it can be rebuilt, with the ‘Truly Woke’ at the top.

While not all domineering protestors are uniformly familiar with Critical Social Justice, they are united in tactical action. The fact that disagreeing with any part of the Black Lives Matter platform is becoming tantamount to racism itself is evident of just how powerful Critical Social Justice theory has become in America and Vermont today.

While this theory may in fact rightly scare those in power, it should scare minorities hoping to rise above their difficult circumstances even more. The democratic critical thinking tradition is far from perfect, but it has put millions of American minorities on the path of social and economic accomplishment, something unthinkable just decades ago.

Eroding the supports of democracy is likely to lead to great collective disappointment, as it as time and again through American history. On the plus side, perhaps we can be a little more thankful when we get into a heated debate with a fellow Vermonter — at least the debate is happening.