In testimony provided to the Pension, Benefits, Design and Funding Task Force on September 9, Paul Cillo, President of the Public Assets Institute, came to testify about the “fiscal issues related to the state’s public employee pension systems.” He suggested that “it’s irresponsible to not raise revenue” to pay for the pension underfunding crisis. According to Cillo, “Many Vermonters at the top, with much greater amounts of discretionary income, still pay less as a percentage of their income in state and local taxes than their lower-income neighbors, according to a 50-state analysis by the Institute on Taxation and Economic Policy” (a left-leaning think tank). 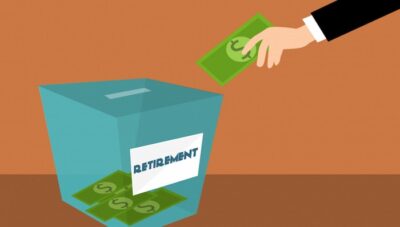 Over the course of two decades, the Legislature has managed to squander their massive revenue advantage in taxing all of us more than citizens of other states, resulting in severely underfunded pensions.

The 2018 50-state analysis which I assume Cillo is referencing, attempts to combine all of the taxes non-elderly Vermonters pay: Income, Property, Sales and Excise taxes. These are compiled into one number, which is the percent of income that an individual will pay in taxes for a given year. This analysis suggests that Vermont’s workers making less than $21,200 (in the bottom fifth) are taxed at 8.7% of their income. Those making between $21,200-$39,100 are taxed at 9% of their income. Both of these bottom income quintiles are less than the top quintile of Vermonters (making over $94,000), who are taxed at 10.4%. Perhaps some “Vermonters at the top” pay less a percentage, but on average, Vermont’s high income earners pay more.

In fact, according to the Institute on Taxation and Economic Policy, Vermont’s is the second most “equitable” (progressive) state and local tax system in the country, behind only California. Sadly, an especially equitable income system is not resulting in much income growth. Perhaps in part because all Vermonters are taxed pretty heavily. Colorado, Utah, Montana, South Carolina and Delaware each tax the lowest 20% and highest 20% of income earners less than Vermont does, and most other states tax the highest 20% less.

To quote the Public Assets Institute again, “in 2020 the typical Vermont household income dropped $8,000 from the previous year, to $66,902—below the US median for the first time since 2007.”

Worse still, the Public Assets Institute noted in its 2020 report The State of Working Vermont, “at the end of the recovery, Vermont didn’t have much to show for its efforts to reduce poverty. The poverty rate came back down after it shot up in the Great Recession. But by 2019, there were just as many Vermonters in poverty as in 2007: more than 60,000.” Our taxation strategy is not making poverty any better.

The highest quintile Vermonters already pay a higher percent of their income than their lower income peers. We are at a point in time in which it is becoming easier to work remotely, especially for white-collar workers who only need a laptop to do their jobs. Any rise in taxes for that upper quintile will encourage those higher income earners to move to one of the 40+ other states which have lower effective tax rates.

Over the course of two decades, the Legislature has managed to squander their massive revenue advantage in taxing all of us more than citizens of other states, resulting in severely underfunded pensions. Raising taxes on a highly taxed and geographically mobile group like Vermont’s high-income earners is dubious when paying for those ‘shiny new government programs.’

The fact that the Legislature is considering raising revenue after they underfunded longstanding government programs (teacher and state employee pensions) is even more fiscally egregious. Only through making painful cuts to spending can the Legislature ‘admit guilt’ to taxpayers in their willful neglect of fiscal responsibility. Let’s not let them shift the blame for underfunded pension to taxpayers.

3 thoughts on “Flemming: Guilt for underfunded pensions lies with Legislature, not taxpayers”