Five St. Albans residents were arrested and charged with providing false information to firearms dealers in the purchase of around 30 firearms that were allegedly smuggled into Boston, Massachusetts, in connection with criminal gang activity.

Tyson Wells, Dara Bessette, Sierra Lacoste, Laci Baker and Megan West appeared in federal court in Burlington on Sept. 13 and pleaded not guilty to providing false statements in connection with the purchase of firearms.

According to the criminal complaint, the defendants provided or aided in providing false information to firearms dealers in conducting what are known as “straw-purchases” of firearms by claiming they were for themselves and no one else. 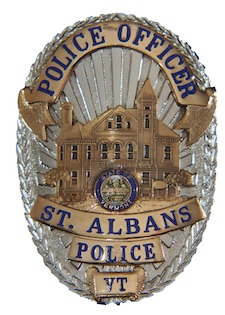 The arrests were a collaborative effort between federal agencies and the St. Albans Police Department, according to U.S. Attorney Christina Nolan.

A straw-purchase of firearms occurs when someone who legally can own a firearm buys one with the intent to transfer it to a person who legally can’t own one. When a firearm transaction is made, the purchaser fills out a 4473 Form and signs a statement ensuring that the gun is for their use only.

The purchases were said to be in exchange of narcotic drugs — either cocaine or heroin — from drug dealers operating in the St. Albans and Swanton area. The defendants not only claimed that the firearms were being purchased for personal use, but they also claimed that they were not unlawful users of controlled substances.

The gun shops that the firearms were acquired from are licensed dealers by the Bureau of Alcohol, Tobacco, Firearms and Explosives (ATF), and were not aware of alleged falsehoods being told when the transactions were made.

“Those who violate gun laws by diverting weapons to the black market endanger innocent citizens and empower dangerous criminals,” Nolan said in a statement regarding the collaborative investigation between ATF and the St. Albans Police Department leading up to the arrests.

“Federal, state and local law enforcement will work as a team to bring consequences for such conduct, and will target such individuals for federal prosecution,” she said.

Nolan also noted that the prosecution is part of Project Safe Neighborhoods (PSN), a program that brings local law enforcement and the community together in an attempt to reduce violent crime and keep communities safe.

If convicted, the offenders each face up to 10 years of imprisonment. The actual sentence would be determined by the court, with guidance from the advisory Federal Sentencing Guidelines. All defendants are presumed innocent until proven guilty.

Ed Cutler, president of Gun Owners of Vermont, said no laws or regulation put in place for firearms purchases would stop straw-purchases from happening, and he said the system is effective overall in keeping it at a minimum.

He said when cops find crime guns, they are able to track every movement of the firearm from the day it was manufactured to where it was shipped off to be sold. In the case of the 4473 Form, ATF is then able to pinpoint exactly where the firearm was purchased and who purchased it.

“There are records kept from the moment that gun is produced,” Cutler said. “Firearms dealers have to keep all those records forever, and if they go out of business they have to turn all those records over to ATF so they can check it, find out who bought it and do a final investigation.”

Cutler said some 20 years ago a Mexican president was the target of an assassination attempt and it only took officials four hours to track the firearm purchaser back to the United States.

But there are some occasions where flaws can be found in the system and quickly corrected.

Cutler said an incident in Vermont occured where a 19-year-old attempted to purchase a Hammerli bullseye pistol but was denied because he was under 21, even though his background check came back clean.

His mother, without understanding the law or the consequences to follow, decided to purchase the firearm for her son. When they got home, ATF agents had already contacted the mother to find out what she would be using the firearm for and she told them she bought it for her son. She was arrested on felony charges for being a straw-purchaser and can never own a firearm again.

Cutler added that a police officer was also questioned by ATF after purchasing his regular duty weapon and a backup in the same day from the same distributor — so there are no exceptions for anyone.

“If you buy two handguns from the same dealer on the same day, the ATF actually investigates that,” Cutler said. “No matter what law you make, a criminal will get around it. What it will do is it might limit an honest person from purchasing a firearm.”