A fitness club owner who took a stand against Gov. Phil Scott’s economic shutdown is facing a lawsuit from Vermont’s attorney general, and the consequences range from fines to contempt of court, which could land him in jail.

Club Fitness owner Sean Manovill is a husband and a father of two young children. Following Attorney General TJ Donovan’s move to shut down his gym for operating in violation of one of Scott’s executive orders, the dad is uncertain how he will take care of his family.

“Today is a sad day in America. Club Fitness has been sued and fined into submission,” Manovill said in a Facebook video posted Wednesday.

The small fitness club located in Rutland has lost about 80 percent of its revenue since Scott imposed an economic lockdown on Vermonters two months ago. 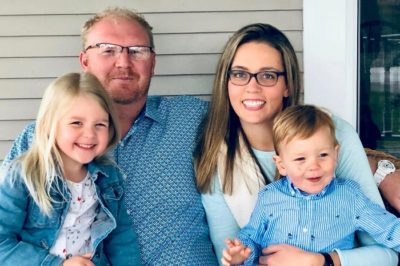 WORKING TO FEED FAMILY PROHIBITED: Sean Manovill and his family are trying to operate their gym business, but the state, under the leadership of Attorney General TJ Donovan, is trying to shut them down.

Manovill tried to reopen his gym on May 1, but the state issued a cease-and-desist order on May 5.

Days later the state threatened a lawsuit, and he closed again based on the understanding that it would be short-term.

“[Donovan] said if you are not going to shut down, it’s against the governor’s orders no matter if we believe it is logical or not,” Manovill said. “They said they were going to file suit the following Monday.”

Manovill said he got a call back from Donovan’s office about an hour later.

The 15th came, but the governor did not open gyms.

“I knew the writing was on the wall,” Manovill said. ” … I knew they were not going to reopen, and we all knew it.”

But Manovill reopened Club Fitness on May 15 and the lawsuit reemerged. The gym has posted a GoFundMe page to gain economic support for legal battles against Donovan, and has raised more than $2,600. Manovill said it could take up to $30,000 in lawyer fees to fight back.

“We have the option to fold and let the lawmakers have their wishes, but by standing up, we have the ability to change the direction for business all across the state,” it states. “The importance of here and now has never meant so much.”

Manovill warned on Facebook about the severity of the charges against him.

“The state has threatened contempt of court, and contempt of court can carry jail time. And I cannot do that to my wife and two young children. Through all of this, the lawsuit remains and the fees are intact. The state of Vermont has taken the rights of free people to make us comply with their agenda.”

Manovill told True North he thinks the state is attempting to turn public sentiment against him, but it isn’t working.

“The idea is to shame me publicly. Well, we’ve gotten more support than shame, actually,” he said.

“It’s almost like, ‘You are trying to do this for selfish reasons to make more money.’ Let me be honest: opening this gym and having less than 10 people for the whole entire day come into the gym is definitely not making me any money. It’s costing me money.”

Two officers visited the gym on May 15, Manovill recounted, and one of them wrote a report citing alleged safety violations, such as not using social distancing or hand sanitizer. Manovill says the report is not accurate and that the gym implements rigid health safety protocols.

Furthermore, he says that the point of reopening is to protest the excessive lockdown measures: “There are no mandates for us because we’re not supposed to be open anyway.”

Manovill says he tried to reach Donovan on the 15th but received no response.

Donovan did not respond to True North’s request for comment.

Americans across the country are beginning to file lawsuits and organize mass civil disobedience against stay-home orders.

On Wednesday, Michigan barbers and hair stylists turned the state Capitol into a salon to cut hair in a protest dubbed “Operation Haircut.” A county judge in the state ruled Thursday that an Owosso barbershop did not have to close for operating in violation of Gov. Gretchen Whitmer’s stay-home orders.

In California, 1,200 pastors have agreed to reopen churches on May 31 in violation of Gov. Gavin Newsom’s Stay-At-Home order.