The investigations into Supreme Court nominee Brett Kavanaugh appear to have concluded, but other investigations could open into two members of Congress who sought to block his confirmation.

Eight House Republicans have asked for ethics investigations of Sen. Dianne Feinstein and Rep. Anna Eshoo, as well as the staffs of the two California Democrats. The subject: the leak of the unredacted letter from Christine Blasey Ford accusing Kavanaugh of sexually assaulting her when the two were teenagers.

“It would shock me if this wasn’t an ethics violation,” Rep. Ralph Norman, R-S.C., one of the House members who signed a letter requesting an ethics probe, told The Daily Signal. 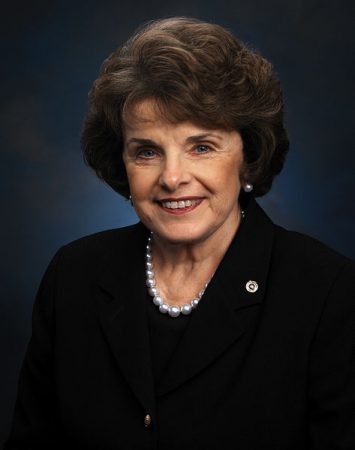 “This was a violation against Dr. Ford, who requested the letter be confidential,” Norman said. “Sen. Feinstein ought to be outraged that it leaked.”

Feinstein, the ranking member of the Senate Judiciary Committee, denied in a Monday statement that she or her staff leaked the letter from Ford, 51, a research psychologist and college professor.

“President Trump and Senate Republicans are trying to deflect attention from Brett Kavanaugh’s sexual assault allegations by saying my staff or I leaked the letter from Dr. Christine Blasey Ford—they’re wrong,” Feinstein said in the statement.

“If Sen. Feinstein didn’t do it, then who did?” Norman asked. “You only have to put people under oath. … This letter didn’t go to 10 people. It went to two people—initially. It should be easy to backtrack from there [to find out] who else gained access to the letter and who leaked it.”

Spokespersons for Feinstein and Eshoo did not respond to phone and email inquiries for this report.

Besides Norman, the seven other House Republicans who sent separate letters to the House and Senate ethics committees are Reps. Andy Biggs of Arizona; Steve King of Iowa; Jeff Duncan of South Carolina; Bob Gibbs of Ohio; Ralph Norman of South Carolina; Rod Blum of Iowa; and Louie Gohmert of Texas.

Leaking Dr. Ford’s letter was a cynically political act that is damaging to the credibility of the United States Congress. Deliberately outing Dr. Ford without her consent may have a lasting impact on women’s willingness to report future assaults.

Democratic members of Congress and their staffs placed political expediency above the wishes of Dr. Ford. For these reasons, we are calling for an immediate ethics investigation to identify the individuals who are responsible for this breach and take appropriate action.

Both the House and Senate have rules prohibiting disclosure of confidential information.

Ford has said she first contacted Eshoo in July about the assault, which she first said occurred in the early 1980s before specifying 1982. Eshoo delivered her letter to Feinstein.

Rule 29(5) of the Standing Rules of the Senate states:

An employee’s violation of Rule 29(5) is grounds for termination, according to a Senate source, who said this could be a criminal matter since the leak likely violates a memorandum of understanding about information shared between the executive branch and Congress.

The ‘Privacy Act’ protects the records maintained by government agencies from disclosure, except for specified purposes or with the permission of the person to whom the record pertains.36 Although the statute does permit disclosure ‘to either House of Congress,’ some agencies require Members to show written consent from their constituents before they will release the constituents’ records to the Members. The Privacy Act does not apply to congressional documents. Historically, however, communications between Members and constituents have been considered confidential and should generally not be made public without the constituent’s consent.

Tom Rust, chief counsel and staff director of the House Ethics Committee, and Amanda Maddox, spokeswoman for the Senate Ethics Committee, both declined to comment to The Daily Signal about matters that may come before the committees.

“This is not a small matter,” Norman said. “What if someone had a national security matter, and felt the need to take it only to Sen. Feinstein? There is a public interest at stake that goes beyond this particular document. If you can’t maintain confidentiality with this, what else could be breached?”

Sen. Tom Cotton, R-Ark., called for an investigation during an appearance Sunday on CBS News’ “Face the Nation.”

The chronology of the Ford letter has been an issue.

Ford testified to the Senate Judiciary Committee that she provided a July 30 letter to Eshoo, who delivered it to Feinstein.

In the letter, Ford asked that she remain anonymous. The next day, Feinstein confirmed that she would not share Ford’s letter without her consent.

During the Kavanaugh confirmation hearings in early September, no Democrat on the Judiciary Committee raised sexual misconduct as an issue.

However, after the hearing concluded, on Sept. 12, The Intercept reported on the existence of the letter, which previously was known only to Ford, Eshoo, Feinstein, and an unknown number of the lawmakers’ staff members.

On Sept. 13, a week before a scheduled committee vote on sending the Kavanaugh nomination to the Senate floor, Feinstein referred the letter to the FBI.

On Sept. 16, The Washington Post named Ford as making the allegation.

The FBI could have looked into the allegation well before the Kavanaugh hearings began.

Feinstein said she didn’t disclose the letter to Judiciary Chairman Charles Grassley, R-Iowa, because Ford had asked for it to remain private.

However, three days after Feinstein referred Ford’s letter to the FBI, CNN published an unredacted version of the letter.

During her Sept. 27 Senate testimony, Ford said under oath that she didn’t consent to any of the disclosures.