If you’re one of the lucky ones, you’ve received the Biden administration’s “free” COVID-19 home test in the mail, the first batch of 1 billion “free” tests promised to all Americans.

Nice, but a bit late. 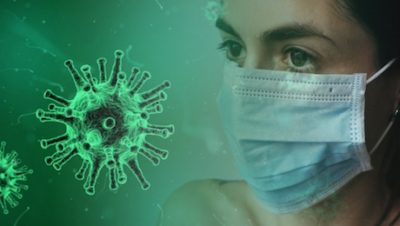 The loss of trust is perhaps the biggest failure. Hypocritical politicians who blatantly violated their own COVID-19 rules have contributed mightily to undermining public trust. Public health authorities also played their part with mixed messaging on such topics as the efficacy of masking, mandates, and massive lockdowns, while suppressing scientific and medical dissent.

Amid the raging omicron variant hitting friends and relatives hard during the holiday season, you might have tried to get a rapid home test at the local drugstore because you really needed it.

Your kindly neighborhood pharmacist probably told you, as he told this vaxxed writer (just days before getting infected), that such tests would not be available for several weeks.

Why? Several factors contributed to the untimely shortage, some doubtless beyond control. But one thing is clear. President Joe Biden bungled it, and the Department of Health and Human Services is continuing to underperform.

Focusing of the federal government’s response to the pandemic, the Government Accountability Office, the congressional watchdog, is providing Congress and the public a panoramic view of the problems.

The GAO recently reported: “We previously reported on the inadequacy of federal efforts to ensure sufficient testing supplies and sound testing strategies dating back to September 2020, when we identified challenges with testing-supply availability and recommended that HHS develop plans outlining specific actions the federal government could take to help mitigate remaining shortages of testing and other medical supplies for the remainder of the pandemic.”

The problem did not stop there.

In January 2021, the GAO recommended that HHS develop and publicize a “comprehensive national COVID-19 testing strategy.” HHS officials agreed in principle, but had not, as of Jan. 22, a year later, provided the recommended strategy document. If there was indeed a plan, putting it on paper would not have been an insurmountable task.

HHS—home to the National Institutes of Health, the Centers for Disease Control and Prevention, and the Food and Drug Administration—is America’s lead health care agency.

Given HHS’s poor performance in leading the nation’s response to COVID-19, GAO has designated the department’s “programs and operations” as “high risk,” meaning that they are vulnerable to “ … fraud, waste, abuse, and mismanagement, or because they need transformation.”

Aside from the HHS missteps on testing, the GAO report is damning. GAO officials delve into many topics, and had made many recommendations, well before the onset of the COVID-19 pandemic. In fact, over the years, the GAO has made a total of 115 recommendations concerning HHS’s leadership and operations in coping with public health emergencies, but to date, only 33 have been fully implemented.

The data problem was especially acute in coping with the catastrophic impact of COVID-19 on nursing home residents. Notes GAO, “By not requiring nursing homes to submit data from the first [four] months of 2020, HHS limited the usefulness of the data in helping to understand the effects of COVID-19 in nursing homes during the initial stage of the response.”

The data deficiency, incidentally, has been particularly serious with the CDC. Analysts with The Heritage Foundation have identified CDC’s repeated failure to modernize its data collection and dissemination for frontline health care workers as major weakness. The problem persists, even though Congress statutorily authorized data modernization as far back as 2006.

The loss of trust is perhaps the biggest failure. Hypocritical politicians who blatantly violated their own COVID-19 rules have contributed mightily to undermining public trust. Public health authorities also played their part with mixed messaging on such topics as the efficacy of masking, mandates, and massive lockdowns, while suppressing scientific and medical dissent.

In the aftermath of the COVID-19 pandemic, Americans must hold these public officials accountable. That day cannot come soon enough.