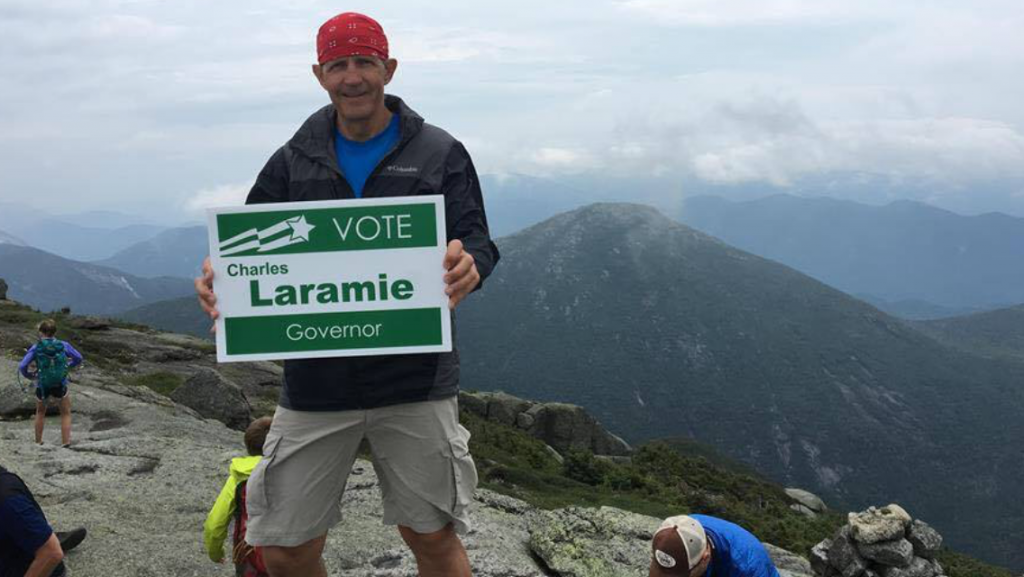 LOOKING TO LEAD: Charles “Chuck” Laramie is a former Navy veteran and public school teacher from Fair Haven who says the state needs to reform education.

Editor’s note: This is part of our Vermont Voices Series.

The former teacher and Navy veteran who made a splash last year with his “I can no longer teach” op-ed has thrown his hat in the ring to become Vermont’s next governor.

Last November, Charles “Chuck” Laramie, of Fair Haven, announced that he was retiring from teaching because the classroom environment had become too toxic.

“Students no longer listen to, nor do they respect, the adults who teach them. Nor do they listen to or respect the administrators who are expected to enforce the rules that make the school climate one where students feel safe and free to learn,” he wrote in the op-ed.

His diatribe, which went viral on the internet, laid the blame in part on lax discipline in schools and at home: “Students have no reason to fear the consequences that might be imposed by those in a position of authority. This is because there are few if any consequences for their behaviors in school or, it would seem, at home. Students see this on a daily basis.”

Speaking this week in an interview with True North Reports, Laramie explained how his frustrations as a teacher influenced him to get out of education and run for office as an independent.

True North Reports: How did the success of your op-ed influence you to get involved in politics?

Laramie: I spoke with Governor Scott in his office on April 5 after I had written that article. He agreed to see me and so we sat down for an hour and talked about education, because Mr. Scott often says that Vermont has one of the best education systems in the country. And I just wanted him to understand that wasn’t really the truth, we don’t have the best education. We do spend the most on education, but the Vermont people certainly aren’t getting what they pay for.

He had asked me if I had contacted the legislature, and I told him I had. And he asked me what they said, and their words, specifically, were, ‘What do you expect us to do about it?’ It was the head of the of the education committee for the House. 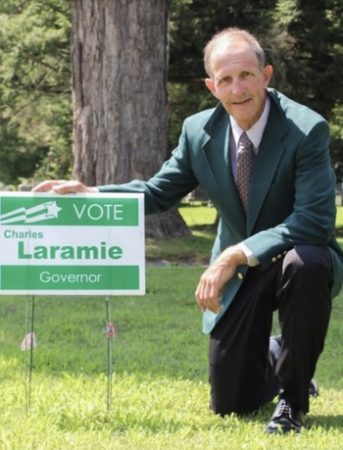 TNR: What are some of the troubling trends you were seeing in schools?

Laramie: We have kids graduating from high school who don’t have any job skills; they don’t have any skills at all and we need to change that. And how we would change that, first of all, we would remove cell phones from schools. There’s been a number of studies on that which have just come out this summer that indicate cell phones are detrimental to education. Kids aren’t being educated and they’re on their phones 24/7. In school they are watching movies, they’re playing video games, they’re fighting with their boyfriend or girlfriend in the next class, they’re calling mom. Teachers will tell you cell phones have to go.

TNR: In addition to education issues, Vermont continues to be one of the most expensive states in the nation to live and work. How will you help make Vermont more affordable again?

Laramie: We need to bring business into Vermont, obviously, right? Because that’s another thing — we need good paying jobs, and a lot of jobs are service work. That’s where a lot of people are finding jobs. Our unemployment is very low, but kids I talk to in Burlington, younger people, I mean they are working three jobs. They want to stay in Vermont, but they can’t pay their rent and their electric and heat.

If I’m elected I would support the $15 minimum wage, and I’ve even talked with small businessmen about this. The thing is, if you don’t have people who are able to afford anything, and all they are doing is living paycheck to paycheck, and you know they are not paying the bill this week so they are going to put it off until next week, they are not going to frequent a lot of small businesses, because they don’t have the money to do that.

TNR: What are your thoughts on health care in Vermont?

Laramie: We need a universal health care [system]. I have a friend of mine who’s paying $2,000 a month for a $2,500 deductible, and he has four kids. … And then I know another friend of mine who pays $900 a month for a $10,000 deductible. And they still think, “Well, I don’t know if universal health care is a thing because who’s gonna pay for it?” No matter how we decide to come up with this — and there are ways to do it — that $2,000 goes back into his pocket. All these businesses that have to cover medical for their workers, they don’t have to cover that anymore.

TNR: What are your views on gun rights in Vermont and the nation?

Laramie: I own guns myself. I own a couple rifles and a shotgun and a pistol, and I’m gonna keep those. The Second Amendment — I know not one word can be changed without 38 states agreeing to it, and I know that’s never gonna happen. So, I mean, it’s never going away — it’s impossible. … I’m not out to take anybody’s guns. I wouldn’t bring up any legislation to take away anybody’s guns or anything like that. If somebody has an AR-15, as far as I’m concerned they can keep their AR-15.