The FBI has sparked nationwide controversy after a report emerged showing that the federal law enforcement agency has been “tagging” parents who have allegedly harassed school board members.

The report raised concerns of FBI overreach and federal transparency on the issue as the nationwide debate over local school curriculum and COVID-19 requirements hits a fever pitch. 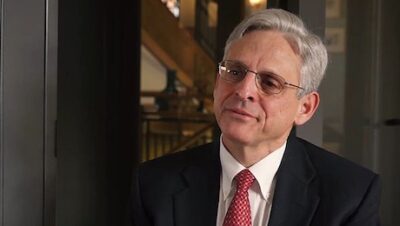 After the whistleblower documents became public, U.S. Rep. Jim Jordan, R-Ohio, ranking member on the House Judiciary Committee, sent a letter to Attorney General Merrick Garland questioning the “accuracy and completeness of [his] sworn testimony” before Congress earlier this year.

“Merrick Garland testified that the FBI wasn’t targeting parents,” said Rep. Jim Jordan, R-Ohio. “We now know the FBI is ‘tagging’ parents they consider threatening. The Attorney General has some explaining to do.”

Jordan is one of many Republicans calling for action after the whistleblower claims became public, which included documents that appear to show the FBI is already well underway marking some parents as potential threats.

“It should’ve been AG Garland, not an FBI whistleblower, to reveal that the FBI’s Counterterrorism Division was ‘threat tagging’ America’s parents,” said U.S. Rep. Dan Bishop, R-N.C. “I sent a letter to him calling to see all correspondence on the matter.”

The FBI responded to the claims, insisting that the agency is not infringing on First Amendment rights and that it is not investigating parents who speak out at school board meetings, though some have disputed that claim.

“The creation of a threat tag in no way changes the long-standing requirements for opening an investigation, nor does it represent a shift in how the FBI prioritizes threats,” the FBI told the Wall Street Journal, which first reported the story.

The news came after Garland announced that the FBI would be investigating certain parents after several raucous school board meetings this year. Whether the FBI should be investigating parents, and how they would determine who qualifies as a threat, has been a point of criticism for Republicans.

“Those efforts are expected to include the creation of a task force, consisting of representatives from the department’s Criminal Division, National Security Division, Civil Rights Division, the Executive Office for U.S. Attorneys, the FBI, the Community Relations Service and the Office of Justice Programs, to determine how federal enforcement tools can be used to prosecute these crimes, and ways to assist state, Tribal, territorial and local law enforcement where threats of violence may not constitute federal crimes,” the DOJ said in its announcement. “The Justice Department will also create specialized training and guidance for local school boards and school administrators.”

That announcement sparked major pushback from parents, lawmakers and others and became a major campaign issue in the Virginia elections earlier this month.

“Now Joe Biden is deploying the FBI against parents who have concerns about Critical Race Theory being taught to their children,” U.S. Sen. Josh Hawley, R-Mo., said. “This is a remarkable and dangerous abuse of power. I just asked the Biden DOJ to name one instance in American history when the FBI has been directed to go after parents attending school board meetings to express their views. There isn’t one. Biden’s latest offensive against parents is shocking, unprecedented and wrong.”

A poll from Convention of States Action released in October found that 57% of those surveyed do not support the DOJ announcement to investigate parents while 19.8% are in favor. The rest are unsure.

In response to the controversy, Hawley this week announced he will introduce a “parents’ bill of rights.” Those rights include parents knowing what their kids are being taught and which companies are receiving contracts to work with the school. Under Hawley’s plan, parents could sue schools if those rights are violated.

“America has long recognized the right of parents to direct their children’s education but we are now seeing a concerted effort by the Left to shut parents out,” Hawley said. “Whether it’s Joe Biden’s Justice Department attempting to classify parents as ‘domestic terrorists’ or activists funded by dark money who seek to quietly introduce critical race theory into school curricula, education has taken a back seat to radical politics in many schools and parents are taking notice. It’s time to give control back to parents, not woke bureaucrats, and empower them to start a new era of openness in education.”