This decision is an unfortunate example of why those of us in Montpelier need to work together to make Vermont a more affordable place to do business and make sure our policies help businesses thrive rather than creating unique burdens and barriers to growth that make us less competitive with other states.

Someone needs to fact check Digger, so here goes. 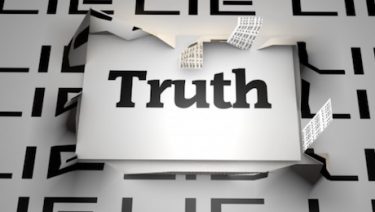 First, Scott did not actually say that Energizer left because of the bad business climate. He said the loss of the company was a warning that lawmakers need to do a better job of keeping and attracting businesses. It’s a juxtaposition, not a “direct connection” as Digger claims. It’s like when somebody dies prematurely and the eulogist says, “This is a reminder that life is fragile, and we all need to take better care of ourselves.” Just because everybody in the audience doesn’t suffer from the same condition as the deceased doesn’t mean the related observation isn’t accurate. The very premise of Digger’s “false” claim is false.

Digger says Scott’s claim, which he didn’t make, is false because there is no evidence that the company left because of Vermont’s bad business climate. Energizer has not outright stated that’s why they left and, “The company did not respond to questions from VTDigger about whether the state’s business climate contributed to its decision to leave the state.”

So, Digger has zero evidence that Vermont’s bad business climate wasn’t the reason Energizer left. It may very well be the reason the company left. Digger doesn’t know. This is exactly the same basis for Digger’s labeling Scott’s (non)statement as absolutely false — he had no evidence. Holding Digger to their own standard, their condemnation of falsity is equally false. A fair evaluation by the fact checker would be at best “inconclusive.”

But since Energizer announced its departure, Vermonters have learned that Global Foundries is laying off workers, as is Dealer.com, MyWebGrocer, and Social Sentinel. Like Energizer, they are consolidating their businesses elsewhere. Why is it we never hear of businesses closing factories or offices in other states and moving jobs to Vermont?

The Tax Foundation recently rated Vermont’s business climate as 44th in the nation, and CNBC rated us 40th. These ratings are not unique. Clearly, we have a problem. Scott was absolutely correct to point it out. Digger’s bending over backwards to discredit this reality is, our rating: Decidedly Odd.