RUTLAND, Vt. — In 2010, Vermont was considered by some to be ground zero in the fast-growing opioid crisis. In a University of Vermont report on opioid use released last year, researcher Dr. Patricia Fisher cited 2012 data indicating that between 52 and 71 out of 100 Vermonters take addictive painkiller medications.

By 2014 Rolling Stone Magazine had dubbed Vermont “the new face of heroin.” Inside the state, much attention was focused on Rutland, a city riddled with unemployment, declining population and grave problems with crime and drugs. 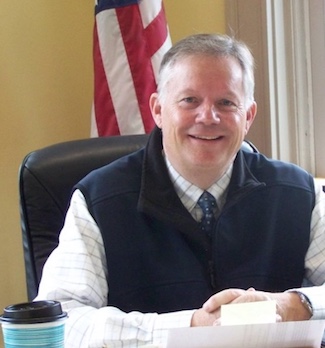 Rutland Mayor David Allaire says that while medically assisted treatment programs work well for some addicts, drug abstinence approaches may be the right approach for others. (Photo by Lou Varrichio/TNR)

Seven years later, the Rutland community has been tackling the opioid abuse epidemic using a multi-level approach. A summer visit to Vermont by Richard Baum, acting director of the Office for National Drug Control Policy, saw the U.S. drug czar praise the state’s “hub and spoke” approach for opioid treatment.

But while Rutland’s recently elected Republican Mayor David Allaire is pleased with Baum’s accolades, he hopes words will be followed by action.

“Our strategies will continue a multi-level approach with treatment, education, law enforcement and other preventative measures,” Allaire told True North. “But I think it’s a matter of how each individual is affected. It also comes down to funding.”

Allaire isn’t a my-way-or-the-highway community leader when it comes to tackling the drug abuse epidemic. He believes public and private treatment programs in Rutland County — from faith-based Teen Challenge Rutland to state-funded methadone clinics — must be part of the mix.

“Individuals are affected by addiction differently,” Allaire said. “One kind of treatment might work for one, but not another. Medication may work better for one person, but another person may need something different [such as a faith-based approach].”

Allaire is on board with treatments involving methadone or buprenorphine prescribed in “hub” programs for high-risk or unstable patients and “spoke” programs for lower risk patients.

“We have 400-plus residents being treated with methadone,” Allaire said. “Right now there’s no waiting list.”

Allaire said solving the opioid epidemic will not be cheap. One estimate has indicated that the national cost of opioid addiction was $55 billion last year, more than half the cost of NASA’s Project Apollo lunar-landing program.

According to Rehabs.com, an online compiler of rehab programs nationwide, “Standard inpatient addiction treatment facilities cost between $14,000 and $27,000 for a 30-day program, and outpatient treatment can range from free to $500 per session. Detoxification (detox) — the removal of substances from the body — costs about $600 to $1,000 a day.”

In Vermont, it’s difficult to ascertain treatment costs, as well as their curative success rates, for the various opioid treatment programs.

“We have no one that wants to speak to this issue at this time,” Peg Bolgioni, Rutland Regional’s communications specialist, said.

The state of Vermont wasn’t much help either. “There isn’t really a ‘typical’ [state opioid treatment] program or program cost,” Ben Truman, spokesman for the Vermont Department of Health, told True North.

Even less clear is how Vermont’s medically assisted treatment programs stack up against private and nonprofit drug abstinence recovery programs, either in cost or effectiveness. “We do not have Vermont-specific data,” Truman said. 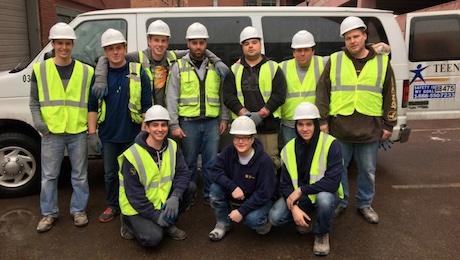 Teen Challenge offers vocational training to all its residents. The group says academic and vocational achievement can help recovering addicts avoid returning to a life of drugs.

Teen Challenge Rutland, a non-denominational faith-based treatment provider that relies on donations — not taxpayer dollars — was only too happy to provide details about its approach to treating opioid addicts. The new center is part of Teen Challenge Vermont.

At the opening of the Rutland center in April, Rev. Rick Welch, founder of Teen Challenge New England and New Jersey, said “We’re at war here. There are men on Rutland’s streets who are lonely and in pain.”

According to Teen Challenge Rutland spokesman Robert Giles, the organization is different from other treatment programs because it seeks a life transformation for addicts. For example, it offers recovering addicts vocational training and temporary employment in the belief that vocational achievement helps prevent addicts from returning to a life of drugs.

It may be different in other important ways, such as success rates and treatment costs.

“We have about a 65 percent success rate with the patients we treat,” Giles told True North. “Ours is a 15-month-long program and costs about $3,000 per month. We ask for $750 and supplement the rest of the costs with donations. We use no federal or state funding.”

Teen Challenge Rutland treats approximately 30 to 50 resident individuals at a St. Johnsbury facility, but that location can’t expand due to a lack of space and septic capacity.

Giles said Teen Challenge is in-step with a multi-level approach to the opioid crisis, but added that his organization’s mission is what separates it from the others.

“We’re not against any public or private program,” he said, “but we don’t use drugs. We use a scripture-based approach that reaches to the very soul of the person.”

Not unlike Alcoholics Anonymous, Teen Challenge’s approach is to have patients admit they are powerless over the drug and that their lives have become unmanageable. From there, Giles says, admitting that there’s a power greater than ourselves is what ultimately helps restore an addict’s life.

“We welcome a lot of broken people,” Giles said. “They’ve tried the other programs and they didn’t work for them.”

Giles stressed that opioid addicts typically have other problems, too, including addictions to gambling, eating, pornography and more. There’s even some addicted to methadone who have not been weaned off that medical assistance.

“Now when you ask how to define success in treating an individual, you have to ask, ‘if you’re still taking a drug to treat your drug addiction, are you really cured?’ It’s really just substituting one drug for another,” he said.

Another treatment center that meets with Mayor Allaire’s approval is Recovery House, based in nearby Wallingford.

The center, which is expanding to the city, provides a therapeutic, chemical-free supportive environment for what it dubs “an intensive educational and treatment experience, in order to promote a sober and productive life.”

Like Teen Challenge, Recovery House’s treatment orientation is based on the Alcoholics Anonymous model of abstinence, but is not classified as faith-based.

Allaire welcomes the attention on fighting the opioid crisis in Rutland. From the start of his first term in January, Allaire is committing long hours in addressing the drug epidemic.

“I was appointed to Gov. Scott’s Opioid Coordination Council,” Allaire said. “We meet monthly and have been working on a detailed report of recommendations to the governor. We’ll meet for five hours on Oct. 2 and finalize our report, which we’ll then present to Scott and the public in November.”

Allaire, who says he’s a naturally optimistic person, isn’t a Pollyanna when it comes to Vermont’s opioid crisis.

“It’s a widespread disease and needs to be treated,” he said. “But after all this I ask myself, ‘Is there light at the end of the tunnel?’ I’d like to think so, but the proof is going to be in the pudding in the long run.”