SOUTH ROYALTON — In an era when social justice and political correctness are becoming a cornerstone in American culture, police training and tactics are under pressure to deal with all groups and scenarios.

This was the underlying theme of the Fair and Impartial Policing Committee meeting on Monday, which saw a number of key law enforcement figures come together at the Vermont Law School to discuss training, interrogation tactics, reporting policies and more. 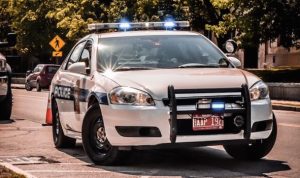 A CHANGING JOB: Political correctness and social justice are changing the way law enforcement officials carry out the duties of policing in Vermont.

Lt. Lance Burnham of the Vermont State Police was on hand to discuss new interrogation techniques that are supposed to be more effective than the status quo. Burnham said a new approach to interrogation represents “a change in culture” for law enforcement.

The old method is called the Reid style, which emphasized instinct and obtaining a confession. Burnham said the push for a confession can be so aggressive that it leads to false confessions, and some courts downplay confessions when the Reid method is used.

Burnham said he asked his top officers to investigate other options, and what they came up with was the PEACE method (Preparation and Planning, Engage and Explain, Account, Closure and Evaluate). He had some of his officers visit Newfoundland, Canada, where it’s been implemented.

“All of them came back and said we’ve got to do this model,” he said.

According to Burnham, the new method plays into how the human brain remembers details and is designed to more extract accurate information.

Maj. Ingrid R. Jonas, of Waterbury, commander of the State Police Support Services Division, discussed when and how best to inquire about immigration status when dealing with courts and the public.

“There’s a difference between [someone who just got here] and someone who’s lived here for 18 years, and their student visa has expired and they have a family and a job, and so on,” she said.

If such a person is charged with a crime and there’s a request for bail, she said that’s a scenario where immigration status is better left alone.

She also explained why police are adopting a new approach to asking for immigration status.

“Our role is to serve the people in Vermont, and we walk a very dangerous line when we take on a different [role] that could be perceived as or actually enforcing federal law over who is here legally or not,” she said. “We risk making witnesses and victims of a crime feel afraid to come to us and tell us what’s happening in their world.”

Another sub-group police are receiving training on is transgender individuals. Lt. Gary Scott explained that police have to think about what to do when they stop someone whose gender does not appear to match what is listed on a driver’s license.

“Sometimes it’s just asking the question and not making it awkward or uncomfortable for anybody,” he said.

He also addressed an agenda topic that made headlines in October: “Active Shooter Training for Inter-Faith Communities.” On Oct. 27, 11 people were killed during worship at a synagogue in Pittsburgh, Pennsylvania, and police around the country made statements showing support and solidarity with their local Jewish communities.

“We were able to pretty rapidly get a list of all the synagogues in the state and have officers from around the state make themselves present and available,” he said. “I got a lot of positive feedback from that.”

Etan Nasreddin-Longo made a presentation called “Leadership and LGBTQIA training with Vermont State Police Command.” In it, he talked about how a lot of domestic violence within this community goes unreported.

“There’s a tremendous amount of unacknowledged domestic violence within the gender and sexual minority community,” Nasreddin-Longo said. “It is, in fact, equal to or in excess of that within the heterosexual community and it is underreported by some staggering amount.”

It was mentioned that courts do not record the sexuality of victims, which further limits data.

On the subject of data reporting, Scott was asked about hate crimes.

“It’s not good,” he said, explaining that it’s often hard to pin down who exactly is being targeted.

For example, he said, racist graffiti on a building gets muddied in reporting because the property owner may not be the intended target.

“A lot of law enforcement officers may not code that initially as having any type of bias involved — it may just be coded as vandalism, and we are going to have to look,” Scott said. “Times have changed, and that has a profound effect on the community.”

Images courtesy of state of Vermont and city of Montpelier