Is a legal “sex trade” (aka prostitution) a safer sex trade? Lawmakers supporting legalizing prostitution in Vermont say yes. Two Nevada women and presenters at an upcoming May 14 seminar say otherwise, having experienced the life from the inside.

H.568, a “study bill” about ‘modernizing’ prostitution laws, sponsored by Reps. Maxine Grad (D-Moretown), Selene Coburn (P-Burlington) and others passed the Vermont House Feb. 21 and has been referred to the Senate Judiciary Committee. If passed into law, it would fund a Sex Work Study Committee “to make recommendations to the General Assembly regarding modernization of Vermont’s prostitution laws.” 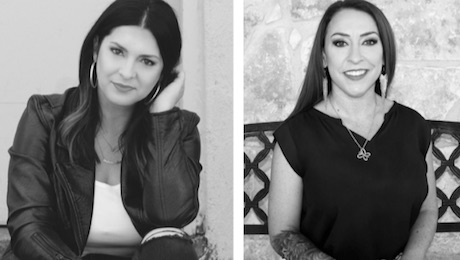 More specifically, ‘”the Committee shall review 13 V.S.A. chapter 59, 9 subchapter 2 for the purpose of developing a modern approach to State involvement in sexual activity for hire by consenting adults while maintaining criminal penalties for trafficking, coercion, and exploitation of minors and strong protections for victims of those crimes.” Recommendations would be due by December 15 – teed up in time for the House to consider a bill like H569, which would explicitly legalize prostitution.

The Sex Work Study Committee would staffed by representatives of the House, the Senate, and other arms of state government. The law would also give a seat at the Sex Work Study Committee table to the Vermont Pride Center and the American Civil Liberties Union of Vermont. The ACLU-VT is already on record as supporting decriminalization of sex work (pg. 14 of Blueprint).

According to a pair of human trafficking survivors, the sex trade is being glamorized as never before – from the promotion of sugar dating; to films and shows that portray rich, independent “sex workers” choosing handsome, rich, kind johns who treat and pay them well, to advocacy from “sex workers” who argue that fully decriminalizing the sex trade is a move to empower women. Yet the reality of legalized prostitution looks far different than the rosy picture painted in popular culture.

On Thursday, May 14 from 12-1 p.m. EDT, the pair will be the speakers in a Zoom presentation hosted by World Without Exploitation. The event is free but capacity is limited. Registration is required.