Unless you’ve been living under a rock for the last week or so, you’ve probably heard that the United States Supreme Court recently struck down a long-standing requirement by the state of New York that concealed permit applicants must show a legitimate need to obtain permission to carry a firearm in public. To those of you wondering about the possible implications of the NYSRPA v. Bruen decision as it relates to the mag ban in Vermont, we’ll do our best to break it down for you. 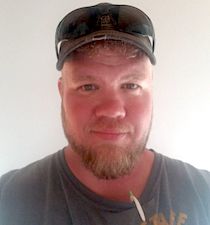 The decision as it stands, combined with the fact that the Supreme Court has also remanded two separate cases regarding magazine capacity limits back to the 3rd and 9th Circuit Court of Appeals to be reheard under the context of Bruen, has huge implications for states like Vermont suffering under similar draconian gun laws — obviously.

You might remember that Vermont’s ban on standard capacity magazines was unanimously upheld by the Vermont Supreme Court in June of 2020 in State of VT v. Max Misch. In that ruling, the court applied “interest balancing tests” in which weigh a person’s constitutional right to keep and bear arms against the government’s duty to protect public safety – the same metric that SCOTUS has ordered the lower courts to throw out when re-evaluating these cases.

Good news, right? That means we can get the mag ban thrown out now, right? Well, sort of.

There are a few things we need to consider about the Misch decision before we go any further.  There were two separate cases up for consideration before SCOVT re. the mag ban. The first was a civil suit filed by The Vermont Federation of Sportsmen’s Clubs with the backing of the NRA and other local advocacy groups. The second was the criminal suit in State of VT v. Max Misch in which the state sought to prosecute Misch for violating new law prohibiting magazines over 10 rounds from being brought into the state. In both cases, the pro-gun argument was made from the standpoint that the State of Vermont had violated the people’s ARTICLE 16 right to keep and bear arms under the VERMONT Constitution.

When the court ultimately ruled against Misch — like everyone knew they would, because there was no way a liberal court in deep blue Vermont would rule in favor of the gun rights of an admitted white nationalist — it simultaneously rendered moot the civil case brought by the Federation.

This effectively gutted Article 16 which everyone agreed had STRONGER wording than the Second Amendment (hence the decision at the time to challenge the law on those grounds). Since Article 16 is a state law and not a federal one, it means that this specific case cannot be appealed to a higher court. It means that any further litigation must occur under a different lawsuit. It also means that the text and history test adopted in Bruen might possibly be moot as it relates to Article 16.

Regarding filing a challenge in the post-Bruen world, there are quite a few things to consider about this particular course of action.

To begin with, it would be highly irresponsible for GoVT to go off half-cocked (pardon the bad pun) and immediately file a lawsuit on the matter less than one week after the Bruen ruling, before the dust has had a chance to settle, before either case remanded to the lower courts has had a chance to be heard and the full implications of Bruen have been realized. Let’s take it one step at a time.

Given the time and financial commitment involved in mounting a court challenge, it would help to first: have a favorable ruling on magazine limits from another court and, second: the monetary means to litigate the case properly (as it deserves) in the Vermont court. So, if you want to see change in the short term, here is what you can do.

We can cite multiple examples of pro-gun candidates losing elections at the state level by less than 20 votes. The quickest way to overturn bad policy is to elect people who are willing to do so.

Get in the fight!