There has been much fuss made over the working conditions at the site and apparently these grievances are legit. The mistakes made by an inexperienced armorer — starting with the fact that there was even live ammunition on a job site which requires the pointing of guns for dramatic effect — should not go unrecognized. However small mistakes, which compound and lead to larger mistakes as such, begin with mismanagement at the top. 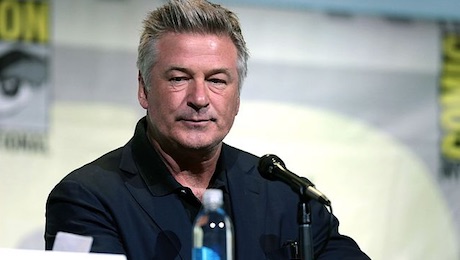 A veteran of the industry, and someone who has been around guns enough to know better, Baldwin was also the producer of this film (a.k.a. “the boss” or “person responsible” for the operation). Baldwin’s hubris directly contributed to the chain of mistakes which ultimately culminated in him shooting a young mother, and it was on full display afterwards when he immediately and predictably blamed everything but himself.

Furthermore, as the 99% of gun owners who take the responsibility of keeping and carrying a firearm seriously will point out, in addition to the slew of systemic failures which led up to him being given a loaded gun, Baldwin personally broke every single rule of basic firearm safety that exists.

It was after he was given a loaded firearm — from a questionable armorer under his supervision, whom he did not personally watch load the weapon — that he deliberately pointed a firearm at two people (presumably holding the camera) and pulled the trigger.

Alec Baldwin broke rule No. 3 when he placed his finger on the trigger of the weapon. (I understand that the script calls for this, however the willful ignorance of rules one and two, in my opinion, render the script excuse irrelevant in this instance. His finger never should have been anywhere near the trigger if there were people in front of that gun. Period.)

And finally, Alec Baldwin broke rule No. 4 when he failed to identify his target and what was behind it.

If there is a scene which requires filming the firing of a gun from in front of the weapon, the technology exists to do so without placing people in front of the muzzle and while still allowing the actor to aim and fire without putting people at risk.

Yes, the armorer screwed up bad and should also be held accountable for their negligence. That does not change the fact that this was still a preventable accident if only the anti-gun, Hollywood hypocrite of a boss would have taken an ounce of personal responsibility at any step of this process, not the least of which would have been to practice some simple muzzle and trigger discipline — ironically, the very first thing one learns in an NRA safety class.