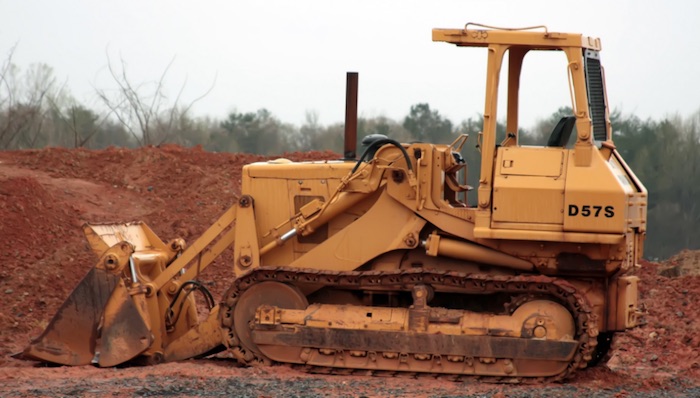 MAN VERSUS NATURE: Vermont continues to struggle to balance its rural identity and economic development. As the latest example, environmentalists are suing over plans to deforest.

Over the recent week, environmentalists are upset at the extent of logging operations, Montpelier’s old water pipes are failing fast, and a new survey reveals public discontent with Barre’s pre-K-12 school district.

The environmental group Standing Trees is suing the state over logging at Camel’s Hump State Forest. Current plans include cutting down 3,800 acres of forest over the next decade and a half.

The group wants a moratorium on logging in all state parks and forests, and its leaders argue that the benefits of leaving the trees alone include increased carbon sequestration, cleaner water, protected wildlife habitat, and more.

According to the lawsuit, a public rulemaking process for logging on these lands should have been required because more than 25 people petitioned for it, but this apparently never occurred.

Currently, about 78% of Vermont is forested, of which 20% is publicly owned and 80% is private. According to an Agency of Natural Resources, loggers harvest about 1.4 million cords of timber each year, but “nearly double that every year” grows back.

The city of Montpelier has been struggling with its aging water pipes, more so than most cities of similar size. The city recently had to commit at least $200,000 for water pipe upgrades just on School Street alone on the north side of town.

City leaders are uncertain whether it’s the city’s aging infrastructure or the exceptionally high water pressure that is the main culprit for the high rate of pipe failures. The high pressure is apparently related to the system’s design, including that the water runs downhill from a reservoir in Berlin.

According to the American Society for Civil Engineers, Vermont’s infrastructure grade in 2019 was a ‘C’. The report states some troubling finds including what will be the cost to taxpayers to get it back on track.

“In 2016, a leak detection service surveyed approximately 257 miles of pipe across 32 systems and identified 117 leaks,” it states. “An estimated 963,720 gallons per day of drinking water was being lost through these leaks. The EPA estimates that Vermont’s drinking water infrastructure will need $642.9 million over the next 20 years.”

According to a budget survey put out by the Barre School administration, the public is not happy with the direction of the school and there could be yet more friction to come between the community and frustrated school leadership.

The Times Argus reported that the comments received “offer an unflattering critique of Barre’s pre-K-12 school district, some apocalyptic predictions about its future and fresh fuel for divisions on the board and in the community,”

One of the comments from the survey suggested that the high costs to run the school continue to drive tensions.

“We have board members actively fighting against progress in our schools, including against passing budgets,” a disgruntled respondent stated.

There’s already been much tension in city board meetings in recent months, especially concerning the activities of its newly formed equity committee, which has taken public criticisms for its alleged attempts to silence opposition opinions.

Compared to other states, Vermont lags behind in its efforts to provide affordable Internet. A company called Surfshark released its “Internet Value Index,” and Vermont ranks poorly among the 50 states, especially compared to its Northeast neighbors.

The index is determined by considering both the performance and the price of online services available. According to the release, the study reveals disparities continue between what’s available to those in the cities versus the countryside.

Agneska Sablovskaja, lead researcher at Surfshark, is quoted in a release and offers some perspective on how rural states lag in this area.

“However, 3 out of 4 rural states are at a disadvantage when it comes to getting fair internet prices, further isolating them from the opportunities that wealthier and more urban states have,” Sablovskaja said.

Vermont’s current contract concerning Medicare payments is to continue for at least another year after a new multi-state agreement was made with the federal government.

Jenney Samuelson, Secretary of the Vermont Agency of Human Services, wrote in a letter to the Green Mountain Care Board, “Without the extension, Vermont risks returning to Medicare fee-for-service which would be disruptive to long-term health care reform work and could potentially result in the loss of critical Medicare investments in the Blueprint for Health and Support and Services at Home [SASH].”

Part of the policy goal is to shift payments going from customers to health care providers from the traditional pay-per-visit model to the outcomes of the care provided.