Lawsuits remain ongoing in several states alleging election irregularities and fraud, and improperly followed state and federal procedures, which could impact how and when Electoral College votes are cast on Dec. 14. Before then exists an obscure rule, called the Safe Harbor date – Tuesday, Dec. 8, this year – established by federal law.

In one of the lawsuits brought against the state of Pennsylvania, Alito on Sunday asked Pennsylvania officials to file briefs no later than the morning of Dec. 8, moving up the deadline from Dec. 9. The request is in response to an emergency injunction petition filed by Republicans seeking to invalidate or rescind the results of the Nov. 3 election already certified by the state. 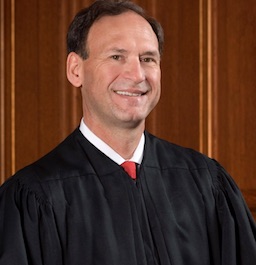 In 2000, 37 days after media outlets declared that former Vice President Al Gore won the presidential election, the U.S. Supreme Court ruled on a legal issue related to Florida’s election and ultimately, Al Gore did not receive the necessary Electoral College votes of 270 to win. The key deadline then, as is this year, is the date when the Electoral College meets to vote on each state’s certified votes.

Federal law requires electors to vote on the Monday after the second Wednesday in December of the presidential election year (US code 3, Section 7), which this year is Dec. 14. Electors will meet in person to cast their votes. In 32 states, electors must vote for the candidate chosen by the winner of the popular vote of their state.

In July of this year, the U.S. Supreme Court ruled that states can legally penalize or replace faithless electors, those who do not vote according to the popular vote of their state. Thirty-two states and the District of Columbia require electors to vote for the candidate selected by the popular vote. Fifteen states remove, penalize or cancel the vote of a faithless elector: Arizona, California, Colorado, Indiana, Michigan, Minnesota, Montana, Nebraska, Nevada, New Mexico, North Carolina, Oklahoma, South Carolina, Utah and Washington.

The Supreme Court may once again rule on a case brought before it as it did in 2000 and two cases in Pennsylvania that Alito has already weighed in on. Others anticipate cases in other states to be heard before the high court. But if they are, many look to Dec. 14 as the benchmark.

Each state has its own set of election laws and codes that county and state officials must follow, subject to federal law and the U.S. Constitution, as outlined in a brief by the nonpartisan Congressional Research Service.

After the popular vote, governors of states sign and seal Certificates of Ascertainment in order for their respective states’ electors to vote (U.S. Code 3, Section 6) on Dec. 14.

In the 116th Congress, U.S. Sen. Marco Rubio, R-Florida, proposed changing this date to Jan. 2 to give states more time to certify results.

U.S. Code 3, Section 5 stipulates that if states follow established procedures and certify their votes at least six days prior to Dec. 14, then that determination is final and cannot be later challenged by Congress.

But, “the Supreme Court has ruled that the law does not actually require states to appoint Electors by that date in order for those Electoral Votes to be counted by Congress when determining the winner of the presidential election,” the Thomas More Society’s Amistad Project notes. “In the current context, states have laws in place awarding presidential Electors according to the popular vote.

“Because the laws governing the vote were violated in numerous ways in several key states, certification of the election results cannot be said to have been made in accordance with the laws established in those states. Therefore, the responsibility still rests with state legislatures to appoint their state’s Electors, because no ‘determination made pursuant to such law’ has actually been made.”

Known as the “Safe Harbor” date, some states have already certified their votes ahead of Dec. 8. But like Rubio, in the 116hth Congress, Rep. David E. Price, D-N.C., proposed changing the Safe Harbor date to Jan. 1.

Both the Dec. 8 and 14 deadlines have “zero constitutional basis,” the Amistad Project argues. The nonpartisan nonprofit organization most recently filed a lawsuit contesting the election results in Georgia.

“The only Electoral College deadline specifically required by the Constitution is noon on January 20, at which point President Trump’s first term officially ends,” the Amistad Project argues in its 8-page report. “All other deadlines – the ‘safe harbor’ deadline of December 8, the Electoral College voting on December 14, and even the congressional vote count on January 6 – are dates set by federal law.

“Moreover, these dates are arbitrary, being based on obsolete and outdated concerns,” the project maintains. “It is also well established that the U.S. Constitution is the highest law in the land, holding precedence over both state and federal laws. In the event that federal law presents an obstacle to faithfully adhering to constitutional requirements, it is necessary to disregard the statute in favor of the plain meaning of the Constitution.”

The Amistad Project argues that state and local officials enabled election irregularities that led to more than 1.2 million potentially fraudulent ballots cast on Nov. 3 and that the existing federal laws are still subject to the U.S. Constitution.

“Through rigorous investigations supporting our litigation, we demonstrate that state and local officials brazenly violated election laws in several swing states in order to advance a partisan political agenda,” Phill Kline, director of The Amistad Project, said in a statement. “As a result, it is impossible for those states to determine their presidential electors in line with the arbitrary deadline set forth via federal statute in 1948, and thus, the only deadline that matters is Jan. 20, 2021.”