During a forum Tuesday evening, several critics of the Secretary of State’s office took aim at what they describe as a lack of security protocols in Vermont’s current mail-in voting system and also lamented a lack of media coverage on the topic.

“The problem is sometimes … this stuff just doesn’t fit into the national media narrative,” said Josh Findley, the director of election integrity for the Republican National Committee.

Findley noted that at the national level many are trying to highlight election integrity issues, including in Vermont, where Winooski and Montpelier want to give illegal aliens the right to vote in local elections. He said despite those efforts, the topics did not garner enough attention.

“Sometimes it’s just difficult to dominate the national conversation,” Findley said, adding that Vermont’s election issues are on the agenda of the Republican National Committee. 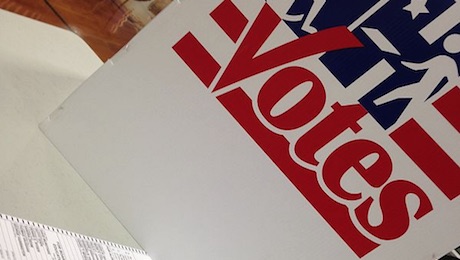 VOTES FOR EVERYONE? – Election integrity was the topic of the “Election Integrity Issues from the National and State Perspectives” forum that took place online Tuesday evening.

Rob Roper, president of the Ethan Allen Institute, highlighted Vermont’s S.15, a bill that would make permanent the changes to election procedures seen in 2020 — including mailing ballots to all Vermont voters whether they request one or not. Attendees of the forum were largely in agreement that lawmakers, and ultimately Republican Gov. Phil Scott, will pass it into law this year.

“Our voter law is essentially HR.1 mini. It’s got all the stuff that’s in there. It’s got mail-in ballots to all voters regardless of request, it’s got vote harvesting — our secretary of state is even on record saying it’s great because it’s 95 percent of what we already do in Vermont.”

HR. 1 is a federal proposal that would attempt to override states’ individual policies when it comes to election security protocols, and expand mail-in ballot use similar to S.15. Republican Texas Sen. Ted Cruz called the bill the “single most dangerous piece of legislation before Congress.”

Roper would like to see more public attention given to the vulnerabilities of S.15, which, he said, provides “absolutely no ballot integrity in Vermont.”

Secretary of State Jim Condos was not at the meeting but issued a statement Tuesday endorsing S.15. In it, he dismissed concerns about election security.

“The big lie, perpetuated by former President Trump and some of his supporters, is that our elections are not secure,” Condos wrote. “These dangerous and disingenuous claims are made without evidence to support them. The former President and his supporters have filed over 60 lawsuits across the country to try to steal the election. All but one were dismissed or ruled against because of a lack of evidence.”

Trump did win two-thirds of his 2020-election related lawsuits when the merits of the case were considered rather than dismissed.

Jay Shepard, the Republican National Committeeman for Vermont, also spoke at the forum. He discussed illegals voting in local elections as well as letting 16-year-olds vote. He said Republican leadership is doing its part to stir media.

“There is some action going on and they have been very proactive as soon as we point things out to them, there’s a communications team that is working on these issues,” Shepard said. ” … There was an attempt but for some reason we just couldn’t get the national people to notice.”

A study by the Media Research Center suggests that at least eight stories concerning the integrity of the 2020 presidential election were suppressed by major media outlets.

“So chipping away as the open-election crowd has done, and utilizing our legislature as their primary weapon, they’ve first declared that it was no longer required to seal the envelope, then they said it’s no longer required to date the certification, then they said nor do you need to record the town of your residence,” he said. “You don’t have to print your name and the final insult is the signature does not have to be legible.”