When Karen Glitman was appointed director of Efficiency Vermont last month, she received kudos from advocates of green energy and electric transportation, as well as from energy cap-and-traders.

The Burlington resident brings plenty of experience to the new job. She was a former state representative and also served as director of strategy, policy and public affairs for the Vermont Energy Investment Corp. She also was deputy secretary at the Agency of Transportation. 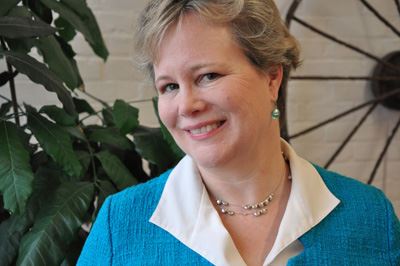 But Glitman’s role has shifted — she now runs a state-sponsored efficiency utility company appointed by the Vermont Public Service Board and sustained by fees on ratepayers’ electric bills. The company, which exists to reduce the energy used by Vermonters, has an annual budget of about $50 million.

The cozy public-private partnership is a touchy subject, as Vermont residents have no choice but to pay fees to the company.

On Thursday, while appearing on WDEV’s “Common Sense Radio” program, Glitman was confronted by a caller who questioned the fairness of a statewide mandatory ratepayer fee.

“It’s a tax, and you can’t say otherwise. They’ve extrapolated this now to fuel used to heat your house; it’ll be on our gas if it isn’t already,” he added.

Glitman replied and disagreed that the Efficiency Vermont fee is a hidden tax.

“We all pay into this. … The notion of thinking about this as a societal benefit charge would be helpful,” she said. “Seventeen years ago when it was put in place, (the fee) was called an EEC, or energy efficiency charge. … It’s calculated by a regulatory process to meet various energy reduction targets — how much electricity the utitlity board wants to see saved, et cetera.”

Glitman said the fee has helped Efficiency Vermont reduce electricity consumption in the state, which in turn reduces the need to purchase more out-of-state power or build new power plants and substations.

“We hear this (complaint) in many different places … in communities from people who never had children,” Torti began. “They wonder, ‘Why do I have to pay tax for their education?’ That is for the common good — an educated population is good for a number of reasons, so everybody pays.”

Torti continued his comparison, this time with transportation.

“Everybody pays for the roads. And in that ‘den of iniquity,’ Burlington, where many people choose not to have cars … they pay taxes to improve the roads even though they are not using the roads or contributing to the demise of the roads,” he said. “Vermont made a decision that using less energy is in the public interest; because of that, we should all pay this, whether a fee, a tax or a service charge.”

Torti’s comments drew program host Bill Sayre off the sidelines and into the debate.

“Well, that’s your liberal side coming out, Tom,” Sayre quipped in response.

“There are philosophical differences here. There is a segment of our population — of which I am one — where you have the individual, volunteer approach; then there are decisions in Montpelier … and the idea of being forced into paying something. It’s an anathema.”

Throughout the show Glitman touted many of the organization’s initiatives, including the championing of more electric vehicles, and argued that greater energy efficiency benefits everyone.

The caller from Woodbury disagreed, illustrating that Glitman may get a mixed reception in her new role depending on whether Vermonters view her as an efficiency director or a tax collector.

“I used to drive 600 miles a day, so your electric cars are worthless to me as they are to most Vermonters,” the caller said. “If you’re a city dweller like you folks up in Burlington, which runs the state, you may get by with 230 miles (on a vehicle’s battery charge).

“But why, if Vermont Efficiency has saved us so much money on electricity, is Global Foundries in Essex Junction complaining about its electric bill? If the rate is 15 percent lower, why is Global Foundry complaining? I predict the company will eventually leave Vermont; it’s just not affordable (doing business here).”

15 thoughts on “Efficiency Vermont’s new director: Fee is a ‘societal benefit charge,’ not a tax”