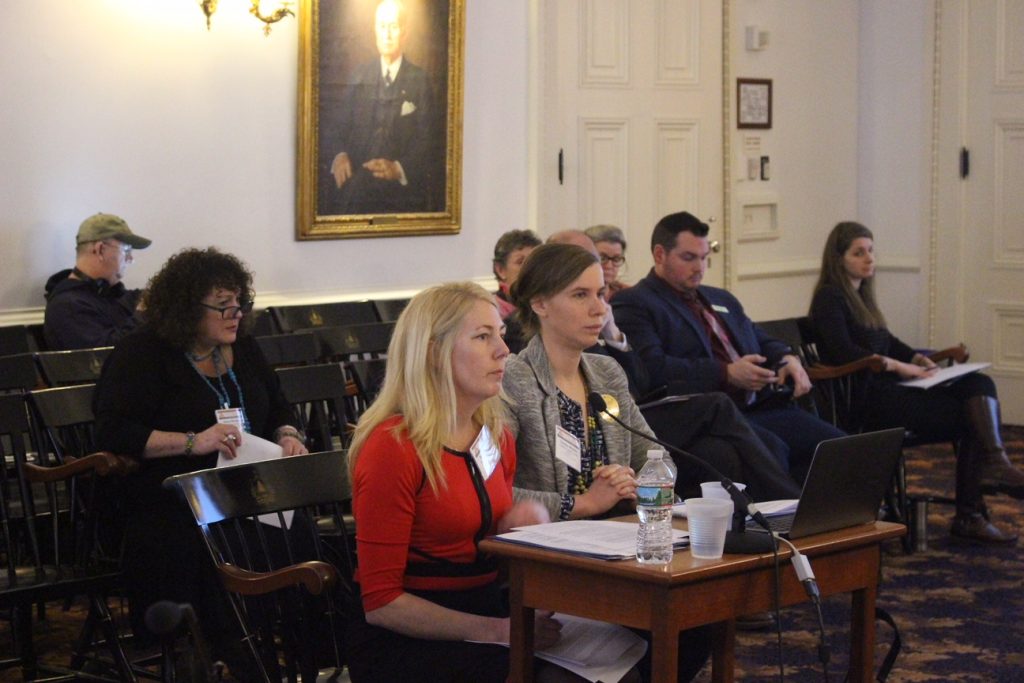 MONTPELIER, Vt. — If the conclusions presented to House lawmakers last week are indicative of what’s to come on pre-kindergarten programs, Vermonters can expect to see increased calls for expanding early education on the taxpayer dime.

Building Bright Futures, an early childhood education organization established by statute, conducted a recent listening tour around the state to get public input on Act 166, Vermont’s pre-K education law. In a joint hearing of the House Committee on Education and House Committee on Human Services on Wednesday, BBF Executive Director Sarah Squirrell and Deputy Director Carolyn Wesley reported their findings.

Their published report, “Stakeholder Feedback on Proposed Changes to Act 166,” which  received input from more than 300 stakeholders around the state, included comments from private and public pre-K programs, parent-child centers, and even from representatives of mental health sector.

While Building Bright Futures makes no official policy recommendations, the general theme of the report is that many Vermonters want more publicly funded early education beyond the 10 hours per week currently offered. The report also documents requests for centralization of contracts for pre-K facilities to prevent duplication and inefficiencies when writing agreements with supervisory unions. However, there also are concerns that local organizations be allowed to maintain some level of local control.

In her comments to lawmakers, Wesley observed a divide between the public and private sector response, as some argue that private schools should be held to all the same quality standards and offerings as their public counterparts.

“Some of the sense of distrust and lack of partnership between the public and private programs that have been throughout this process has been quite disheartening,” she said. “I think one thing that was heartening is that that is not the same across the state, and there are some regions where those partnerships are strong.”

There was also a lack of consensus around the clarification that only 5-year-olds not yet eligible for kindergarten should be eligible for pre-K.

“Many expressed a desire that parents should be able to choose if their child needs an additional year of Pre-K, and a slightly smaller number supported the clarification around age-eligibility,” Wesley added.

Rep. Carl Rosenquist, R-Georgia, expressed some concern that demands for additional special education services could hurt the economic viability of private pre-K providers. The latest proposal is to increase the requirement of three hours of special ed services per week to 10 hours.

“That’s really going to put a lot of these smaller ones out of business — that’s what’ I’m hearing,” Rosenquist told True North during a break.

He noted other problems. For example, he said new private pre-K providers in St. Albans want to take in more children, but due to the bureaucratic processes involved they will have to wait another year for the eligibility of state aid to kick in.

“They can’t do that for at least a year because they are being denied access to those funds for their program, so that’s a concern to me,” Rosenquist said.

Rep. Joseph Troiano, D-Stannard, asked about how school choice works with the pre-K system, noting that some parents have problems with access to a school nearby.

Squirrell said the need for “universal access” was one of the most common topics discussed during the listening tour.

“And some need to figure out how to access that 10 hours a week within a setting that offers full-day or full-week childcare. So that, I think, is the parent choice piece that we are all talking about.”

In comments to True North after their presentation, Wesley addressed that expanding pre-K would be a new cost to taxpayers. She said pre-K supporters appear “realistic about the difficulties” regarding the state’s budget challenges, but are nonetheless willing to support it.

She also addressed the concern by some that society is getting too comfortable with having children away from their parents at a younger and younger age. She said the solution is to maintain a choice for parents on early education, and to support social programs that let moms and dads stay home with their kids.

One thought on “Assessment suggests expansion of early education has support, but with some reservations”