By Benjamin Paris and Rachel Greszler | The Daily Signal

As Americans, we are greatly indebted not only to the men and women who have fought and died for our country, but also to the thinkers, statesmen, innovators, and ordinary people who gave us our founding principles.

This debt is paid back not with money, but with a commitment to the active and vigilant self-government of our republic in keeping with the principles and virtues of our forefathers.

Yet, our forefathers would shudder at our current $22 trillion in gross national debt. By the end of 2019, the debt will be close to $23 trillion. That amounts to a credit card bill of $69,200 for every man, woman, and child in America. 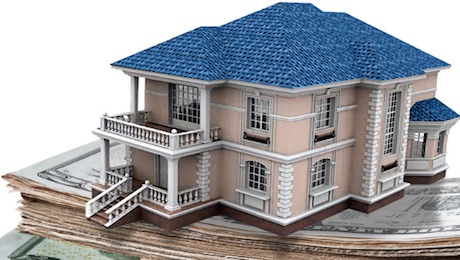 All combined, each American effectively owns $240,000 worth of U.S. debt and unfunded obligations—an amount equal to the average home price in the U.S. Just imagine having to pay two mortgages instead of one just to cover past government excesses.

But that’s only the money that the government has explicitly borrowed. It doesn’t include any measure of “unfunded obligations” — money the government doesn’t have, but nonetheless promised to spend.

Unfunded obligations are often considered problems for future citizens, but with Medicare and Social Security both running cash flow deficits and running out of money in 2026 and 2035, respectively, these future obligations have become a current burden.

Social Security’s unfunded obligations alone amount to $13.9 trillion. This means that, over the next 75 years, the government has promised to pay out $13.9 trillion more than it expects to collect in payroll taxes.

At $42,200 per person, Social Security’s shortfall alone is about as much as the average person earns in a year. It’s enough to buy a new sedan and pay for a year’s rent in a median-rent two-bedroom apartment.

If Social Security’s shortfall wasn’t bad enough, it pales in comparison to Medicare’s $42.3 trillion in unfunded obligations. At $128,500 per person—a whopping $514,000 for a family of four—America’s runaway Great Society program, lauded by socialists as a model for the future of health care, is already breaking America’s bank.

All combined, each American effectively owns $240,000 worth of U.S. debt and unfunded obligations—an amount equal to the average home price in the U.S. Just imagine having to pay two mortgages instead of one just to cover past government excesses.

While some politicians will be quick to blame this gargantuan bill on recent tax cuts, it’s excess spending—not a shortage of taxes—that’s driving America’s deficits and debt.

After all, the tax cuts represent a much smaller percentage of gross domestic product than Social Security’s rising shortfalls.

A tax to make Social Security solvent, by covering its yearly cash flow balance and gradually increasing it to a point of sustainability, would require yearly payroll tax increases for the foreseeable future. This year alone, we would need an immediate increase to 13.5% from the current level of 12.4%, and in 2035 it would exceed 15.5%.

For a worker making $50,000 a year, that’s an extra $1,550 (and $7,750 in total Social Security taxes) that she could have taken home and spent or saved as she wished. And that 15.5% would be enough only to cover Social Security’s unfunded liabilities for that year. Covering Medicare’s costs would require much larger tax increases.

Paying for the government services that workers receive as well as the interest on the debt—which will soon exceed spending on national defense—would require crushing levels of taxation for all workers, not just the rich.

Instead of calls for prudence and responsibility, we have cries for major expansions of programs like Social Security, Medicare, and Obamacare, and unprecedented discretionary handouts like student debt relief and a “Green New Deal.”

Raising taxes enough to cover current excesses and also finance a socialist spending spree would be simply impossible: The cost per household for the Green New Deal alone would top $165,000 by 2040, not factoring in increased electricity costs and the costs of a shrunken economy.

And as a new report from The Heritage Foundation shows, it would be mathematically impossible to fund the progressive agenda by taxing the rich. Even confiscating every dollar earned by taxpayers with incomes over $200,000 would not come close to paying for the left’s agenda.

Instead, the progressive agenda would require between 200% and 900% tax increases on the middle class or radically higher, unsustainable federal borrowing.

In the end, tax hikes and government expansion are not a viable option for solving America’s entitlement problem.

Once Americans recognize that the entitlement programs they paid into are really just generational wealth transfers, with no actual money sitting in their notional trust funds, perhaps we can get serious about reforming the programs in ways that protect those who need them most while letting everyone keep more of their hard-earned paychecks.

By returning Social Security to its anti-poverty roots and modernizing the program’s rules and requirements, Congress could reduce the payroll tax and let workers have more control over their incomes and savings.

And by capitalizing on the free market—instead of government intervention—to curb health care costs and spur innovation, we can avoid health care rationing that exists in other countries.

The Heritage Foundation’s “Blueprint for Balance” chapter on health care and entitlements proposes changes that would accomplish just that, if policymakers have the will to put our nation’s future ahead of current and excessive spending.

2 thoughts on “Each American is $240,000 in debt because of excessive government spending”