The debate, hosted by VTDigger, featured an establishment favorite Democrat nominee, a conservative Libertarian nominee, and an independent running as a Republican.

Appearing together were anti-war activist and former Marine Liam Madden, who won the Republican primary, Libertarian Party candidate Ericka Redic — who was a close second to Madden in the GOP primary and a favorite among conservative voters — and Democrat Becca Balint, the Vermont Senate president pro tempore.

Early in the debate, Madden and Redic each shared personal stories about struggles with drug abuse. 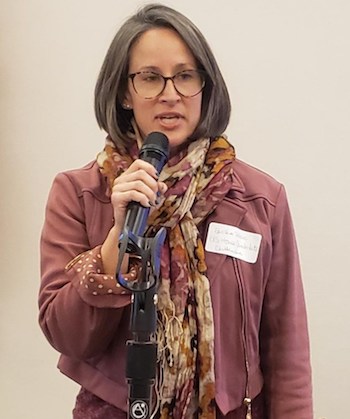 When a question about drug policies came up, Redic noted that Vermont has some of the highest drug abuse numbers in the nation. She said her own struggles with abuse in the past equip her to take on this matter as a U.S. representative.

“What I actually think prepares me the most for this position was my time working with people in recovery,” she said. “I celebrated 13 years in sobriety this year and I have worked with hundreds of other women and people to get sober, stay sober.”

Redic said her nephew, who is a border patrol agent on the southern border, has helped her to grasp the drug trafficking challenges the nation faces. As a result, she says she would commit substantial federal resources to secure the border, in an effort to mitigate drug abuse nationwide.

“Record amounts of fentanyl are coming across our border, enough to kill every single American,” she said. “The size of two grains of salt is enough to kill a single human being, and when you have to have 40 grams of that to be prosecuted as a trafficker, that’s literally enough to kill 20,000 people.”

Madden also shared a personal experience — his brother died of an opioid-related overdose earlier this year.

“Which was set off through the prescribed use of so-called non-addictive pain killers,” he said. “And I think almost any family in Vermont has been affected by something similar.”

Madden said drug abuse can be addressed not just with new financial investments but also by addressing our culture.

“The physical and social environments that we live in are no longer providing protection from despair and lack of purpose that fuels addiction,” he said. He added that he would like to “instill into our education system the kinds of experiences, the kinds of rights of passage that ground people’s lives in purpose and connection — because the best way to deal with addiction is with connection and purpose.”

Balint said she would focus on a “harm-reduction first” policy. She offered praise for Jenna’s Promise, a support home located in Johnson, for helping people overcome addiction and get back to leading productive, healthy lives.

“We don’t have enough attention, even here in Vermont, on harm reduction,” she said.

Balint suggested she would support programs that provided clean syringes to addicts in safe environments to help get people off of drugs.

“We’ve passed a law in the state Senate last year making it easier for people to get access to syringe services, and again that is something that reduces harm, and that always should be our focus,” she said.

A question was posed to each candidate on a policy proposal that would include, for example, time limits on environmental reviews of industrial projects. 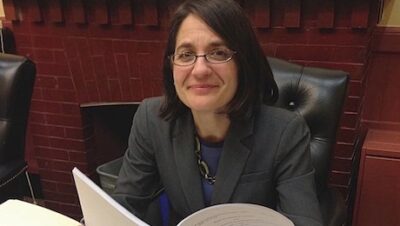 “We should be doing everything that we can to reduce our use [of carbon-based fuels]. And yes, I would have signed on to the letter [a letter against limiting the duration of environmental reviews],” she said.

Redic said that energy independence should be a top priority, and that additional bureaucratic barriers would hurt Vermonters.

“I can’t fathom after the government has shut down our businesses for two years, as businesses are struggling to come back and people are still struggling financially, the idea that anyone in an elected office would then say “you know what we’re actually going to make it even more expensive.”

Madden said his opinion on environmental reviews would depend on the specifics being proposed.

He further stated that supporting healthy farming practices are an example of a productive method to mitigate climate change, as opposed to only focusing on carbon reduction.

“[Sustainability] means, first and foremost, creating thriving and regenerative farms and farm families and restoring life to the oceans, the soils, the forest, the rivers, and transitioning to new energy systems,” Madden said.

In past interviews with TNR, Madden suggested nuclear power is a sensible carbon-free alternative to the construction of wind and solar facilities, which are often controversial.

More issues were covered in the whole debate

On the issue of campaign financing, Balint was put on defense about a large campaign donation that came from a single donor: Nishad Singh, head of engineering for cryptocurrency exchange FTX. Balint said she was not aware of the donation and did not support such funding.

The entire debate can be viewed online here.