This commentary is by Dr. William John Spina, of Guildhall. 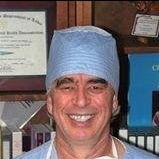 A normal pregnancy is 40 weeks long. Babies born prematurely at age 22 weeks can survive, and with each further week of gestation their chances of living increase exponentially. This means that babies after 22 weeks are viable outside the mother’s womb.

As a medical student at the University of Vermont I rotated through the neonatal intensive care unit at Mary Fletcher Hospital. It was an amazing experience. To see these little children fight for life was awe inspiring. One of my functions was starting intravenous lines on these tiny children. They feel pain. They can localize pain. They are fully formed human beings at this point and their nervous systems are fully functional.

Terminating a pregnancy during the second and third trimesters is difficult. During a normal delivery at the end of pregnancy, the hormonal environment in the mother allows enlargement of the birth canal so that the baby can pass through. This does not occur during an abortion. This makes it difficult for passage of the child. For this reason a procedure called trephination is sometimes performed. This means passing a large bore needle and syringe thru the birth canal into the child’s brain, then sucking it dry so that the baby can be more easily removed from the womb and birth canal. In some cases that is not successful, and another procedure called morselization is performed. This involves cutting up the baby into small pieces in order to extract it — a baby with a fully intact nervous system.

In my opinion, these are hideous procedures on an infant that could survive outside the womb. How can anyone support such a thing?

If Proposal 5 passes and becomes law, Vermont will likely become a haven for these procedures. There is no threat to abortion in the first trimester, nor is there a threat to access of any contraception, nor is there a threat to women’s health care. These are issues that the people who favor this proposition are using to twist the truth. Abortion in the first trimester will not be outlawed in Vermont.

There are cases that do require an abortion in the second and third trimesters. These include maternal health for any number of reasons, or severe fetal deformity. Rape, incest, and issues such as Down’s syndrome need to be addressed individually. Those type of special decisions should be left to the family and doctor. Abortion in the second and third trimester for birth control reasons only should be illegal in my opinion.

Vermonters need look into their hearts. When does a ‘right’ allow the taking of a human life? What we are dealing with is the unnecessary killing of fully formed babies in the second and third trimester without a valid medical reason. This is what Proposal 5 is about. Don’t let them pull the wool over our eyes, which is their exact intent.

Life is sacred. Vote no on Article 22, Proposal 5.

5 thoughts on “Dr. William Spina: One doctor’s opinion on Proposal 5”