The planning director for the Vermont Department of Public Service told the Senate Natural Resources Committee on Wednesday that while some estimates can be made, officials ultimately don’t know the impact a clean heat standard will have on Vermonters.

“We’re talking about regulating an industry that hasn’t been regulated in this manner, and this is a big undertaking,” TJ Poor, director of planning for the department, told committee members.

“There is no estimate of the cost. We can do an analysis of a heat pump or a weatherization project and say it’s cost effective … but we really don’t know the immediate impact of a clean heat standard on Vermont businesses and families,” he added. 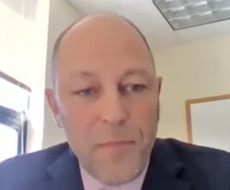 The proposed clean heat standard, H.715, aims to curb carbon emissions by financially incentivizing shifts to “green” non-carbon emitting heating appliances such as electric heat pumps, or by installing weatherization. The policy would subsidize green energy options through a clean heat credits system. For example, fuel sellers who don’t create enough clean heat credits through their own efforts would have to purchase credits generated by other companies and organizations to stay in business.

Richard Cowart, director of the Regulatory Assistance Project, said it’s about incentives to push Vermonters to change their heating sources.

“The whole program is to essentially change the business models of fossil fuel providers in Vermont so that they become, over time, clean heat providers,” he said. “It’s more than community fossil fuel providers, and so earning the credits through your own actions is a principal phase of delivering the objective of the statute.”

Lawmakers spent much of the meeting discussing the credits for the implementation of green energy policies, including who gets to claim such credits and what actions justify credits. H.715 states that the commission “shall establish or adopt a system of tradeable clean heat credits earned from the delivery of clean heat measures that reduce greenhouse gas emissions.”

Poor said the pressure to pass H.715 during this legislative session may be unwarranted and possibly based on misinformation.

Another issue discussed by lawmakers pertained to what the proposal does not do.

Weatherization, which is the improvement of airflow and heat containment, especially for old homes all over Vermont, has long been touted as a practical way to improve home heating. According to Poor, the bill as currently written does not identify financial resources for this cause.

“We don’t know that the clean heat standard will fund weatherization, and we could consider that in a PUC [Public Utility Commission] process and have that incorporated into the broader cost considerations,” he said.

Poor added that implementing the clean heat standard would have an impact on those who participate and those who do not, and that lawmakers need to consider those impacts on “winners and losers.”

“My point is that we should consider who those are, what happens to non-participants, people who don’t ultimately install a heat pump or don’t weatherize their home when others are — and what happens to the residual cost,” he said.

Heating and transportation sectors are being targeted by environmentalists at both the state and federal levels. One recent commentary identifies 25 policy decisions by the Biden administration that have had an impact on transportation and heating costs. These include tightening EPA rules on oil and gas, rejoining the Paris Climate Accord, and pushing a “clean electricity standard.”

In the March edition of Environment and Climate News, top energy industry executives expressed frustration that readily available and affordable energy — in particular natural gas — is routinely being blocked in the name of environmentalism.

Ed Longanecker, president of the Texas Independent Producers & Royalty Owners Association, was among those to note the negative consequences of restricting access to cheap natural gas.

“Europe’s energy crisis, like that of Boston, Massachusetts, which has banned new gas pipelines, is the direct result of irrational energy policy, with both Boston and the E.U. now relying on much-dirtier Russian natural gas.”