Local environmental activists are gearing up for the so-called Global Climate Strike starting on Friday. The coordinated protests will include civil rights-style sit-ins, street marches, and attempts to close businesses, along with other municipal disruptions.

The planned actions key to publicizing what the activists consider a worldwide “climate emergency” based on the use of fossil fuels.

Several actions are planned in Vermont, including campus actions by Middlebury College students.

“In Middlebury, we stand in solidarity with students and workers around the world in halting business as usual,” wrote Dr. Jonathan Isham, a professor of economics and environmental studies at Middlebury College.

He and his students will be walking out of class at 9:45 a.m. to meet at the green at College Park, where the group will meet up with local high school students and community members. The activists will then carpool to Burlington to participate in the Vermont Climate Strike Rally at noon. 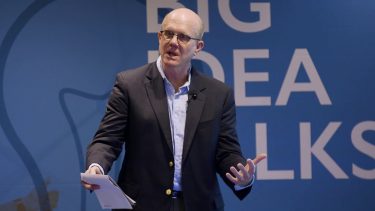 Prof. Jonathan Isham of Middlebury College: “In Middlebury, we stand in solidarity with students and workers around the world in halting business as usual.”

Last month Isham and Lee Smithey, a professor of peace and conflict studies and sociology at Swarthmore College, co-authored a commentary that appeared in the U.K. Guardian. In it, they say Middlebury students are heavily involved in green political activism.

“As college professors, we’ve learned much over the past 15 years from our Middlebury and Swarthmore students about standing up for climate justice. On the forefront of the climate movement, they’ve launched the worldwide fossil-fuel divestment campaign and gone on to found 350.org and the Sunrise Movement. Young brown, black and indigenous activists who have courageously stood up to powerful fossil fuel companies have taught us how all fights for justice intersect,” Isham and Smithey wrote.

Coordination of the strikes has mostly taken place on campus as well as through social media like Facebook.

Isham’s Middlebury faculty colleague, Bill McKibben, was a cofounder of 350.org. The NGO, based in New York City, was founded in 2007 with a protest-oriented mission to cut carbon dioxide emissions and build a global activist movement for climate solutions.

On Aug. 3, McKibben was arrested in Glens Falls, New York, after a sit-in at U.S. Rep. Elise Stefanik’s upstate office. The action, which was planned in response to the White House’s policy regarding immigrants entering the country illegally, was not McKibben’s first run-in with law enforcement over disruptive protests.

Isham said that the Middlebury campus strike will attempt to accomplish several objectives, primarily to focus attention on creating what amounts to an utopian, fossil-free world.

“All are welcome to join us in imagining a better world together. (We want) to accelerate the world’s transition to a better, clean economy,” Isham said. “Yes, many student groups and two dozen or so (and growing) faculty will participate.”

According to ERCV’s Facebook page, “The story of climate change, both its history and its future, needs to be told by people who have already experienced injustice and disempowerment, people who are justifiably angry at the way the system works. And some of those stories are beginning to be told.”

A public letter appearing on the Action Network website, and signed by Middlebury’s Isham plus eight other college and university professors, calls on educators worldwide to
“take action for climate justice on Friday. The message is titled, “Don’t Teach, Strike!”

But not everyone in the Green Mountain State supports the mission and planned disruptions of the upcoming Global Climate Strike.

John McClaughry, a long-time critic of environmental extremism and efforts to create a carbon tax in the state, told TNR the strike is going to be mob rule, not the democracy-in-action event being touted by organizers like McKibben and Isham.

“Vermonters ought to be appalled at the efforts of 350VT and VPIRG (Vermont Public Interest Research Group) to mobilize scientifically clueless teenagers to become their pawns in a ‘global climate strike’ civil disobedience campaign to banish fossil fuels from our economy,” he said. “This makes a mockery of our democracy, which succeeds only after reasoned debate, not mobs in the streets.” 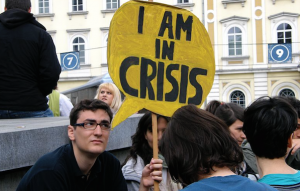 McClaughry suggested that many students are being manipulated by teachers and activists with leftist political agendas — agendas that should be kept out of the classroom, especially in light of skeptics and other vocal opponents being left out of the discussion.

“Most of today’s public high school students don’t know ozone from Prestone,” he added, “and I dare say most of the teachers collaborating in this ‘strike’ don’t either. The Earth’s future climate certainly deserves informed and rational debate, but propaganda-led campaigns by adults sending excitable students out to annoy and inconvenience ordinary citizens is way over the line.”

According to McClaughry, Middebury College’s Isham has shown no interest in dialoging with skeptics such as the Ethan Allen Institute, a free-market think tank at which McClaughry serves as vice president.

He added that while he met Isham once, the Middlebury professor has mocked critics of anti-carbon and radical environmental activities, calling them “flat earthers.”

10 thoughts on “‘Don’t teach, strike’ is message from Middlebury College professor, others”