Attorney General TJ Donovan announced that Vermont is joining at least 18 other states in suing the U.S. Fish and Wildlife Service and the National Marine Fisheries Service over the loosening of regulations concerning the Endangered Species Act.

The attorney general’s office stated in a press release that for over 45 years the ESA has been essential to protect “thousands of iconic species” including falcons, eagles, grizzly bears, and humpback whales. 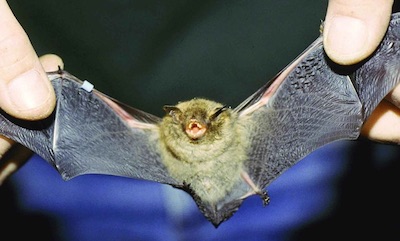 I’M IN TROUBLE!: The Indiana bat, myotis sodalis, is endangered under federal and Vermont law. The Trump Administration wants to make it so endangered species don’t excessively hinder development.

Donovan says there are three rules proposed by the Trump administration that undermine the key requirements and purpose of the ESA.

“These rules gut protections for threatened and endangered species, including many found here in Vermont,” the attorney general said. “The rules ignore climate change and inject economic considerations into what, by law, should be a science-driven analysis. The result jeopardizes the survival of species on this planet. This is unlawful and unacceptable.”

According to the National Resources Defense Council website, the first of the three rule changes is that if the ESA “consultation process” does not outline exactly how the endangered animal in question is going to be saved via conservation efforts, then that does not necessarily constitute forbidden development.

As the NRDC puts it: “The agency [FWS] need not bother designating that habitat as ‘critical’ at all — even if doing so could still provide some benefits.”

The second is the U.S. Fish and Wildlife Service no longer will be able to easily render an area where no endangered animals are currently living as unusable simply because the animals could eventually migrate there.

The NRDC counters that these lands are still “critical habitat [that] can be crucial for a number of reasons,” such as the population might expand.

Again, the NRDC is against this change in regulations.

“While the change is subtle, the impact could be profound,” NRDC states. “It means that FWS could try to allow activities that incrementally degrade critical habitat — so long as they don’t damage the habitat ‘as a whole.'”

“If enacted, these rules would weaken protections of wildlife both within Vermont and outside the state while also placing additional burdens on the State to protect this irreplaceable resource,” the statement from the attorney general’s office reads.

“I think [these changes] puts a little more burden on the people that are trying to stop the development,” he said. “I think it puts a burden on them to really prove that this is going to be adverse other than the way it was before when they could just cite the rules and that pretty much stopped any development.”

Rep. James McCullough, D-Williston, is also on that committee. He took the other side of the issue.

“These proposed rule changes are coming from an administration that doesn’t understand or believe in climate change,” he said. “It’s not surprising. If we can’t believe in climate change then there’s not an opportunity to understand endangered species and their value to us. [The endangered species] have individual and specific needs that fit with specific habitat requirements.”

The lawsuit text can be read here.