Questions about how having lived in Switzerland may affect her constitutional eligibility to serve as lieutenant governor continue to dog Democratic nominee Molly Gray.

Her failure to resolve Vermont residency questions has been met with flack not only from GOP nominee Scott Milne, but from talk show callers and fellow elected Democrats.

It all started during the contentious primary campaign, when candidate Sen. Deb Ingram raised the constitutional issue of Gray living in Switzerland in 2017 and 2018. If Gray at any point during that time ceased to be a legal Vermont resident, her candidacy would be illegitimate. Chapter II, Section 23 reads “[RESIDENCE OF GOVERNOR AND LIEUTENANT-GOVERNOR] No person shall be eligible to the office of Governor or Lieutenant-Governor until the person shall have resided in this State four years next preceding the day of election.” 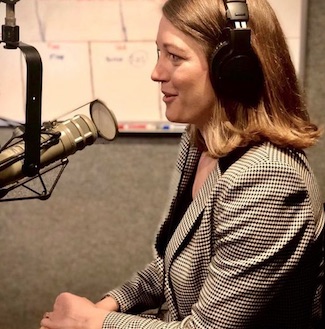 After the primary, longtime Progressive Democrat Ingram endorsed Milne. Some Democrats called her a sore loser. But since then six more former Democratic lawmakers and three Democratic municipal leaders have endorsed Milne, including Rep. Linda Joy Sullivan of Dorset.

To date, Gray, a lawyer, has said she lived in Switzerland and paid taxes both here and there. During an Oct. 16 live interview on VPR’s Vermont Edition, a caller asked: “Molly, you said you lived in Switzerland up until mid-2017 and paid taxes to the Swiss government. You also claim you were a Vermont resident during that period. My question is: Did you file and pay taxes to the state of Vermont while you were living abroad?”

Gray mentioned she was born, raised and schooled in Vermont. “I also had the opportunity to do some pretty incredible work … to launch the first international association [of its type] in the world,” Gray added. “ … And yes, I did pay taxes to the Swiss government, but filed taxes here in Vermont as a resident because I’ve been living here since 2011.”

Milne called on Gray to authorize the Vermont Department of Taxes to validate her claim, while making the same authorization himself. Milne released those records Tuesday, Oct. 20 showing that he had indeed filed resident income taxes timely and unamended.

Yesterday on WVMT’s “Morning Drive,” host Kurt Wright read Gray a pointed question from an emailing listener: “Did Molly have a Type B permit in Switzerland, and if not what type did she have? Everyone who resides in Switzerland must obtain a residence permit.”

Gray answered: “I’m not sure who’s writing in that question. I’m happy to take the person’s information and contact them. I’d have to go back and look.”

Wright persisted: “That’s not something you can easily answer?”

Wright also peppered her about her not voting when she was living abroad — something she has admitted. She’s taken heat for failing to vote in the 2016 presidential campaign.  “All I can do is acknowledge that huge mistake, and do better,” Gray said. “It’s not something I’m proud of.”

But even in that “mea culpa,” she wouldn’t answer Wright’s direct follow-up question with a detailed answer.

“Are you saying you did not have access to voting?” Wright asked. She answered: “Let me be clear —  there is no excuse for not voting. And I acknowledge that 100%. I’ll leave that right there.”

Gray does seem adept at not directly answering questions. During Friday’s interview, Wright asked Gray if she supports the instant run-off vote — a question she had begged off when asked on a previous visit to Morning Drive. “I think I need to take more time to learn more,” Gray said.

In such indirect answers, the Milne campaign sees ongoing lack of transparency. “Molly Gray has demonstrated time and again that she is willing to be fast and loose with the truth,” said Milne spokesperson Mike Donohue. “If she is telling the truth, it should be easy for her to be fully transparent with Vermonters and authorize the Department of Taxes to independently validate her claims, just as Scott Milne has done.”

And it’s not just her opponent questioning Gray’s truthfulness.

Rachel Nevitt lamented in a social media post that Gray might replace her husband, David Zuckerman, as lieutenant governor. “It is phenomenally sad to think that all of his hard work and dedication to the people of Vermont over the last 20+ years could be ‘replaced’ by a lying, manipulative, self-serving power-hungry individual who has only ever bothered to vote in ONE election…and no, that was not the critical election of Hillary Clinton vs. Donald Trump.”

Asked by VTDigger if Zuckerman agreed with his wife’s assessment of Gray, Zuckerman refused to come to Gray’s defense, stating “voters, and people out there have to interpret each of us for who we are and what we’ve done over our lifetimes and how we explain what we do and don’t do.”

Gray’s campaign does offers substantial discussion of issues and ideas, such as demilitarizing the police, “ending mass incarceration,” workforce development, increased broadband, universal paid family leave, increased renewable power, and implementing the Global Warming Solutions Act. She decries what she calls negative campaigning and has urged all candidates to focus on issues and how each candidate would improve the lives of Vermonters. And at least one Gray backer in the Legislature says criticism of her voting record “misses the mark.”

“What’s important is that while Molly was working for the International Committee of the Red Cross, she was building valuable experience for specific uses here in Vermont…The pandemic has turned things upside down,” Rep. Warren Kitzmiller (D-Montpelier) said in a letter to the editor published in the Oct. 21 Journal-Opinion. “And working with people from other walks of life and different income levels is absolutely necessary as we build public policy that guides our path from the old economy to a new one.”

On Friday, Vermont Daily called the phone number on the Gray campaign website. The voice mailbox was full. We sent an email to the campaign email address. We messaged a Facebook friend who is a Democratic legislator, enlisting her help to facilitate contact with the Gray campaign. So far, no response has been received.