Yesterday on Twitter a prominent liberal Vermont pundit (OK, it was Kevin Ellis) asked if anyone really believes a President Joe Biden would appoint Beto “we are going to take away your AR-15” O’Rourke as his national gun control czar.

I picked up the gauntlet. Edited slightly for brevity, the thread appears below: 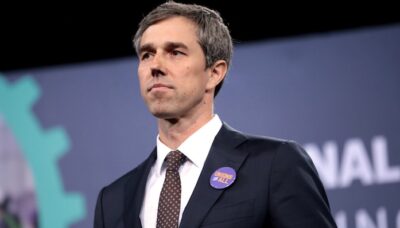 Former U.S. Congressman Beto O’Rourke speaking with attendees at the 2019 National Forum on Wages and Working People hosted by the Center for the American Progress Action Fund and the SEIU at the Enclave in Las Vegas, Nevada.

Ellis: “Please. Do you really believe that Joe Biden would appoint Beto gun czar. Stop watching Tucker Carlson. Biden has to fix the economy and virus. He doesn’t have time for silly fake fights like this…..Please show me where Biden said this about Beto. And Fox doesn’t count. Give me Reuter’s, NY Times, WashPost or someone reputable.”

Well, that was easy.

I reprinted a Biden quote from the large, liberal daily newspaper Dallas Morning News March 10, 2020 in which he tells O’Rourke in front of an adoring crowd, “you’re going to take care of the gun problem with me.”

Here’s the quote: “I’m going to guarantee you, this is not the last you’ve seen of this guy,” Biden told a raucous crowd at Gilley’s, his arm on O’Rourke. “You’re going to take care of the gun problem with me. You’re going to be the one that leads this effort.”

Not that there is anything inherently reasonable about mandatory buybacks, even in the term itself. The government can’t “buy back” what it never owned. And the word “buy” usually implies consent.

Kevin Ellis is one of my favorite liberals. He wrote a terrific essay this week about paying it forward across the cultural and political divide. But he and other gun-hatin’ liberals should take note: gun confiscation is becoming less politically “reasonable” or at least advisable. Between March and June Americans bought a record 8.3 million guns, 40% of them new gun owners, as big city rioters smashed, threatened and sometimes killed with little resistance from local police and politicians, and politicians threatened to defund police. These new and repeat gun owners (and presumably voters) now have a large financial and emotional investment in keeping their guns.

If Biden loses the election, it will be interesting to see how the new gun owners voted, and how they would have voted had not many prominent Democrats pledged gun seizure, stood silent while cities burned, and espoused police defunding.