The Department of Homeland Security is suspending New Yorkers from enrolling in Global Entry and other Trusted Traveler Programs in response to a new state law that bans information sharing with the federal government.

Acting Deputy DHS Secretary Ken Cuccinelli went into detail in a conference call Thursday with reporters on the department’s decision to no longer allow New York residents to enroll in Trusted Travel Programs, which allow expedited entry of pre-approved individuals, because of a new law that allows illegal aliens to obtain driver’s licenses and bans information sharing between DMVs and DHS agencies. 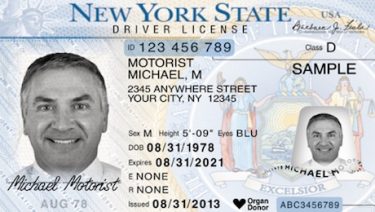 New York’s new “Green Light Law” makes it possible to apply for a driver’s license without a Social Security number and makes foreign documentation valid for the purpose of obtaining a license. It also bars Immigration and Customs Enforcement (ICE) and Customs and Border Protections (CBP) from obtaining information from DMVs across the state.

“After a close initial analysis, the Department of Homeland Security has decided that New York residents will no longer be allowed to participate on a forward-looking basis in any of our Trusted Traveler Programs, like Global Entry, FAST, SENTRI and NEXUS, which all rely on access to DMV data to determine whether the person is a) who they say they are and b) is qualified to be a trusted traveler, as opposed to any other traveler,” Cuccinelli said Thursday.

New Yorkers already enrolled in various Trusted Traveler Programs, or TTP, will not be affected, but moving forward they can no longer obtain renewals, and other residents in the state will no longer be able to apply at all. DHS acting Secretary Chad Wolf first announced the decision Wednesday night during an appearance with Fox News host Tucker Carlson.

Known as the “Green Light” law, signed by Democratic New York Gov. Andrew Cuomo in June 2019, the directive makes it possible to apply for a driver’s license without a Social Security number and makes foreign documentation valid for the purpose of obtaining a license. It also bars Immigration and Customs Enforcement (ICE) and Customs and Border Protections (CBP) from obtaining information from DMVs across the state.

“It’s only reasonable from a public safety standpoint to not qualify new applicants or renewals for any of these programs as Trusted Travelers,” Cuccinelli said. “These are all unfortunate consequences of New York’s Green Light law.”

“Obviously, we would urge New York to undo that law and restore some sanity to its own attempts to help preserve public safety,” he added.

During the call with reporters, Cuccinelli warned other states from following the same path as New York and chided the state for making implementing measures that make its citizens less safe after the country’s worst terrorist attack in history.

“Here we have one of the other targets of 9/11, New York, walking backwards quite intentionally in the other direction to bar the sharing of law enforcement information like vehicle registration, matching driver’s licenses to identifications, and critically, criminal records, which are kept up-to-date in DMV databases,” Cuccinelli said.