In particular, there’s been a significant reduction in wait times from when a drug user seeks service to when they get help. However, an estimated 20,000 opioid abusers are not seeking treatment at all. 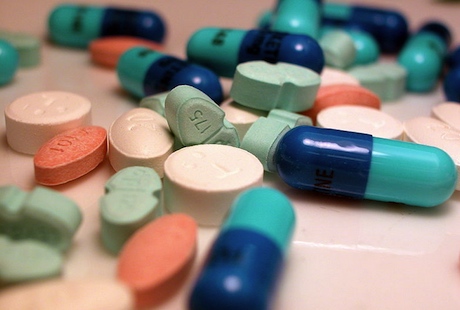 MAKING PROGRESS: The state’s opioid treatment policy seems to have benefited from the “hub-and-spoke” model, which has central intake centers with doctors focusing on patients.

Now New Hampshire is ready to jump on board with a newly approved multimillion-dollar contract for a state opioid addiction treatment program. The concept behind the hub-and-spoke model is a comprehensive initial intake center which can provide immediate intervention services. The patient is later handed over to a specially-trained physician at a local medical care facility until full recovery.

“The goal is to mobilize nine regional health care organizations and hospitals, including Dartmouth-Hitchcock Medical Center and Cheshire Medical Center in Keene, through a hub-and-spoke model to quickly route recovery patients to nearby treatment services throughout the state,” a recent Dartmouth-Hitchock press release states.

The Dartmouth-Hitchcock evaluation team assessed the outcomes for over 500 Vermont patients over five years. Keri Height, who has a doctorate in psychology, was the lead investigator.

“I feel confident in saying that the hub-and-spoke system in Vermont has made a significant contribution to reducing opioid use in the state, due to expanding rapid and low barrier access to efficacious, local treatment for people with opioid use disorder,” she said. “I’m excited to see this system of care implemented in New Hampshire and encourage our policymakers and program developers to focus on accessibility, affordability, and care coordination.”

State Rep. Chip Troiano, D-Stannard, has been at the forefront of the fight against opiate addiction for many years as a public defender in St. Johnsbury. He says 7,500-8,000 patients are currently in treatment at this time. Another estimated 20,000 are not seeking treatment.

One of the primary improvements, according to Troiano, is the cut in wait times.

“In 2015 when I left my job at the law firm doing the public defender work, there were waits of 30-60 days, and sometimes even longer, just to get medically assisted treatment,” he said. “When someone is in that situation, is crying out for help, that treatment needs to be provided immediately.”

Troiano used to deal directly with these situations — he’d even have to make the phone calls looking for these services, and then he’d have to relay the bad news about poor wait times.

“I knew that the person sitting in front of me who is suffering from substance use disorder was going to go back on the street and do whatever it was that they have to continue to do,” he said.

He said the difference is the “hub” aspect in Vermont’s system, the initial treatment center.

“It went from a mobile home on Portland Street to an actual medical facility in St. Johnsbury, where it’s like going to a health center,” he said. “Now there are special programs for pregnant women, there are special programs for new mothers, counseling available, urine analysis to monitor progress — there are all these things that come together in the hub and make it more successful than just handing out the pills on a revolving door basis.”

Another big improvement is the utilization of what is called recovery coaches. These people are volunteers who have been through drug addiction themselves. To do become a recovery coach, these volunteers have to show that they have been sober for three years.

Another difference is Medicaid is doing a better job of supporting rehab stays for a duration of time that is necessary for a good recovery. Formerly, stays were getting cut shorter and shorter until addicts were being pushed through in just a week.

According to Troiano, about 70 percent of opioid addiction began with prescription drugs. That doesn’t mean street drugs like heroin aren’t part of the equation; addicts who can’t afford expensive medicines often will turn to heroin for a cheap fix.

A cheaper alternative yet is fentanyl, a drug that is exponentially more potent than heroin, and extremely toxic. When it’s mixed with heroin, if the user is not aware of its presence, then there is a high risk for an overdose.

“My understanding is that the assessment of the hub-and-spoke system has been touted as very successful and moving along at a good rate,” he said.

6 thoughts on “Despite positive report on opioid treatments, 20,000 still untreated”