With voting completed in the first two of the “early four” states — Iowa and New Hampshire — the focus of the remaining Democratic candidates has shifted to Nevada, which will hold its caucuses Saturday.

Beyond Nevada, the South Carolina primary will be Feb. 29, followed by 16 states voting in the March 3 Super Tuesday. 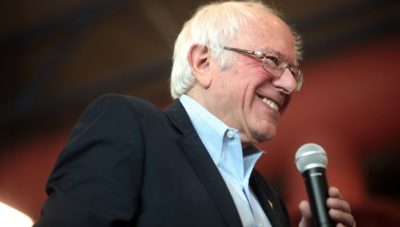 A survey from two weeks ago found minority women in Nevada support Sanders at 24 percent and Biden at 22 percent. The poll was sponsored by She The People and said minority women make up 26 percent of the Democratic electorate in Nevada.

Steyer and Warren were the only other candidates to register double figures in that poll, at 14 percent and 10 percent, respectively.

“It’s important that Iowa and New Hampshire have spoken, but we need to hear from Nevada and South Carolina and Super Tuesday and beyond,” Biden said at a rally in South Carolina last week.

The Nevada caucuses, which begin at noon PST on Feb. 22, will be similar to the Iowa caucuses in some way, and very different in other ways.

For starters, Nevada will not use the failed smartphone app that caused problems in Iowa, even though the state Democratic Party had paid the development company $50,000. Nevada Democrats also are holding an early voting period, which began Saturday and continues through Tuesday.

As in Iowa, caucusgoers will form preference groups for candidates at their precinct locations. A first alignment headcount will be taken, and candidates with less than 15 percent support are declared inviable.