The Susan B. Anthony List accused Democratic governors Monday of pushing a “radical agenda of abortion on demand” during the coronavirus pandemic.

The pro-life organization — which is backing President Donald Trump’s 2020 campaign as part of an effort with a $52 million budget — pushed back at Democratic governors Monday for “using this time of crisis” to pass abortion legislation. The Susan B. Anthony List (SBA List) also noted that attorneys general and other state officials are pushing for the Food and Drug Administration (FDA) to relax safety restrictions on abortion drugs. 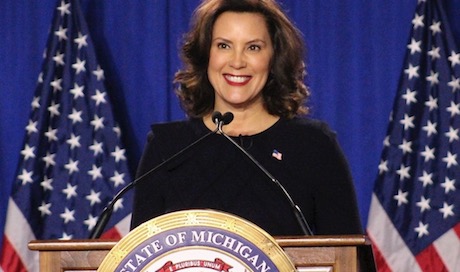 “Many pro-abortion state leaders are using this time of crisis to promote and expand an extreme agenda of abortion-on-demand,” said Mallory Quigley, the national spokeswoman for Susan B. Anthony List and Women Speak Out PAC’s independent expenditure campaign, in a statement to the Daily Caller News Foundation. “By prioritizing abortion facilities and allowing them to stay open, they are allowing businesses like Planned Parenthood to divert the PPE that is sorely needed on the front line of this fight.”

Trump campaign spokeswoman Sarah Matthews told the DCNF that “it’s shameful Democrats are still pushing their radical, far-left agenda of abortion on demand during the middle of a pandemic,” adding that Trump is the “most pro-life President in our nation’s history.”

The organization highlighted that in the midst of this national crisis, Democratic Virginia Gov. Ralph Northam “perversely” picked Good Friday to pass pro-abortion legislation, “overturning decades of commonsense #ProLife policy including health and safety standards and now even allowing non-doctors to commit abortions.”

Northam signed legislation expanding the list of those who can perform first trimester abortions, allowing any person who is jointly licensed as a nurse practitioner by the Board of Medicine and Nursing to perform first trimester abortions, eliminating procedures formerly required before a woman could obtain an abortion, such as requiring the mother to see an ultrasound of her unborn child before the abortion.

THREAD OF SHAME: During #COVID19, Democrats have not skipped a beat in pushing their radical agenda of abortion on demand. Here’s a few of the most outrageous examples of putting abortion above all – including the health and safety of women:

Democratic Michigan Gov. Gretchen Whitmer said Thursday that abortion during the coronavirus pandemic is “life sustaining.” The SBA List pointed out that though Whitmer is allowing abortions, she has also put restrictions on Michigan residents “buying and planting seeds to grow food.”

“Governors,” the SBA List tweeted. “Stop pandering to the multi-billion dollar abortion lobby by allowing them to waste urgently-needed PPE. Instead, prioritize your citizens: Declare abortions non-essential and send PPE to the front lines of the fight against #COVID19. Countless lives are at stake.”