A Vermont state lawmaker proposed a resolution that would force all teachers to take an African-American history class while in college.

State Rep. Maida Townsend, a Democrat, introduced the resolution in January. If passed, the bill would require all teachers “seeking to obtain or renew a license to teach in a public elementary or secondary school” to “have completed at least one three-credit course in African American history at an accredited college or university.”

In Vermont, the median salary for a public school teacher is $56,704. The University of Vermont charges $683 per credit hour for in-state residents, meaning that the cost to fulfill Townsend’s proposed legislative mandate would be more than $2,000. 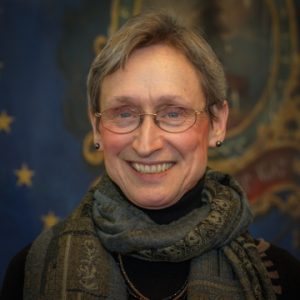 Townsend stated in an interview with the local NBC affiliate station that Vermont “absolutely must deal with the matters of racial bias in our culture, and schools are always looked to for helping to remedy the problems of our culture.”

If passed, the resolution would require all teachers obtaining a license after July 2022 to conform to the policy.

Under Vermont statute, teachers are required to renew their licenses every three or five years. Townsend told Campus Reform that some licenses need to be renewed after seven years. Therefore, the legislation implies that every teacher in Vermont — including current teachers who did not take an African-American history course in college — will be forced to comply within the next decade.

Townsend confirmed with Campus Reform that the current version of the bill — which passed the House Education Committee in its original form — would not provide an exemption.

Campus Reform asked Townsend for clarification on what party would bear the financial burden of assisting current teachers with returning to school for a Black history class. She stated that in “virtually all, if not all, teaching contracts in Vermont there is language supporting professional development.”

“My bottom line on H.79 is that, at a minimum, it can serve as a catalyst for a deeper conversation regarding how to support all teachers in addressing bias and racial inequity across academic disciplines,” she added. “The bill has sparked much interest, and that in and of itself is good, at least from my perspective. If the bill ‘moves,’ whether including the three-credit course or on-going in-service or some other approach altogether, it can serve as an important ‘building block’ … and that, I firmly believe, is long overdue.”

Over the past several years, Campus Reform has reported on multiple instances of race-based liberal bias at Vermont universities.

For instance, the University of Vermont hosted a three-day retreat in 2015 so that students who “self-identify as White” could confront their “White privilege.” The university hosted a separate retreat for “women of color” which, instead of encouraging the confrontation of privilege, focused on building leadership skills.

7 thoughts on “Dem wants to send teachers back to college to learn to African American history. Who would pay for that?”