Vermont’s $4.6 billion liability for the state workers and teachers pensions and retiree health care benefits (OPEB) increased by $171 million for this past year ended June 30, 2019, and over 110 percent since 2008. This increase was despite continued assurances by policymakers that they had a plan to pay off these obligations over the next 20 years.

Certainly, there is no evidence to date to corroborate the state’s claim, without some combination of increasing taxes, reducing benefits or cutting existing programs, which the state has been reluctant to do. At this point in time, policymakers need an independent analysis of these benefit plans.

I have been writing about the dangers of these unfunded liabilities and talking to various groups as well for over ten years. Unfortunately, the people who are in elected positions and could or should have taken action, haven’t. The unions, for their own vested interests, have successfully downplayed the urgent state of affairs during this time. But, the legislature in particular has a fiduciary duty to address these issues in a process that is free of conflict. 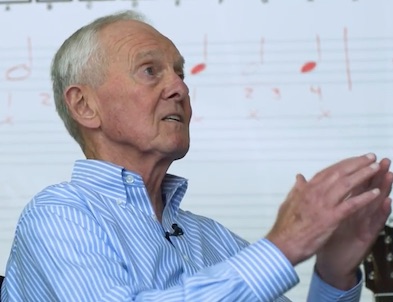 David Coates is a retired managing partner for KPMG.

Our top pension priority should be protecting the benefits promised to current beneficiaries, and state employees and teachers. Keeping the existing program plans in place for new hires is necessarily a secondary goal, assuming the funding is available to do so … but the funding certainly isn’t available now. The state needs an independent analysis of these plans that will test not only the state’s ability to pay for our liabilities under different market and economic situations, but will ensure that the participants will get the promised benefits. And this test needs to be conducted on a regular basis.

Several states now require these rigorous stress tests using a nonpartisan, data-driven approach that provides transparency and assesses current and future funding requirements. Such a comprehensive test in Vermont will provide lawmakers with an independent assessment of potential costs and liabilities.

This past year, the state engaged Segal Consulting, the state’s actuary, to perform a risk assessment of just the pensions plans, which you might argue presents a conflict of interest; this is not to be confused with a more complete stress test analysis. The stated primary purpose was to evaluate the reasonableness of current rate of return assumptions for the funds now invested. The current assumption is 7.50 percent, but the actual rate for the last fiscal year was 6.1 percent, and the rate of return over the last twenty years has been less than 6 percent. This means that each year the state has to make up the difference in additional contributions to the pension plans to make up the difference between the assumed and actual rates of return.

Across the country, most other states are using lower assumed rates of return. This is just one of the reasons why an independent stress test is critical for all of these plans, the health care and retirement plans for both state employees and teachers. But there are other, equally important reasons why a complete stress test is warranted and is sound public policy.

All Vermonters should be concerned, especially our legislators and the three retirement boards, whose policy making legacies will be the health of these funds for both plan participants and taxpayers. Currently, they’re not healthy at all.

David Coates is a retired managing partner for KPMG and current member of the Vermont Business Roundtable. Reprinted with permission from the Ethan Allen Institute Blog.

Images courtesy of U.S. Department of Health and Human Services and TNR