An hour before Andy Ngo was set to speak to the Dartmouth College Republicans the college administration canceled the event.

The head of the Dartmouth College Republicans was notified by administration but no reason was given at that time. But yes, I have a theory. 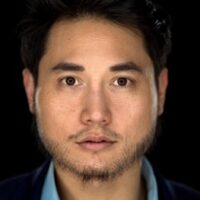 They are squishy left-wing cowards, which they are and we knew that.

Ngo has documented Antifa’s antics extensively. His street reports have shown time and again that they are the very thing they claim to be fighting. They use violence and intimidation to suppress speech they oppose and then claim this is justified because they say it’s fascist.

But this is Dartmouth. A few years ago visiting Professor Mark Bray published a book justifying the use of violence by Antifa that was supported by at least 100 Dartmouth professors.

Ngo’s presentation, Extremism in America, is about Antifa. Antifa was expected outside the event.

And I just got an IM suggesting that there were threats made against Ngo on Reddit. Really? This is andy Frikkin Ngo. He gets threats daily if I had to guess, and before every event that he’s ever done.

This means that the Dartmouth go-to response will be security. We didn’t think we could keep people safe. We never planned to either. Translation: We didn’t want him here and we couldn’t find a reason until an hour before the event. Yeah, that’s probably it.

Not that free speech or truth was ever something Dartmouth cares about. Not anymore.