CVFiber, the regional broadband district aiming to offer service to central Vermont towns, is set to start building its internet infrastructure in the coming weeks.

Construction is slated to kick off in two areas of the district covering parts of Calais, East Montpelier, Marshfield, Middlesex, Woodbury and Worcester, according district board chair Jerry Diamantides. 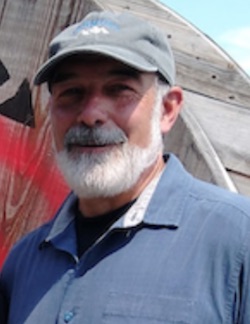 Diamantides hosted a webinar Sept. 21 to go over CVFiber’s goals in installing fiber-optic cables across the 21 towns in the district, which include Waterbury and Duxbury. Formed in 2018, CVFiber is a communications union district, a type of municipal district in which at least two towns join to provide high-speed internet to their residents. Districts have been popping up across the state in recent years as officials look to address the lack of access to fast connections — especially in more rural areas.

The plan in central Vermont is to install about 400 miles of fiber by next December, according to bid request documents, with 800 more miles of fiber to be finished by September 2026. The district is currently working on finishing up designs for each area it plans to build in.

Crews will start testing the lines in December, and beginning in the new year, CVFiber hopes to install connections at homes, Diamantides said.

The district aims to offer download and upload speeds of 100 megabits per second each — often touted as a modern baseline standard for internet speed. Federal broadband guidelines put the minimum mark at 25 megabits per second down and 3 megabits per second up. The proposed speed would allow households to have multiple devices using the service at once with no changes in connection.

“That kind of service is rather unique these days,” Diamantides said, “but the intention is to make CVFiber somewhat future-proof by making … this our minimum.”

He also covered the project’s funding, emphasizing that no town tax dollars will be used to fund the broadband rollout. Instead, grants and loans will cover the building process, and subscriber fees will keep the outfit running afterward. CVFiber has also received $833,000 in contributions from municipalities from their allocations of federal American Rescue Plan Act funding. Waterbury has committed $50,000 of its ARPA funds. The municipal contributions were matched with state funding grants.

Construction will be prioritized based on need, explained Waterbury CVFiber board member Linda Gravell.

“Waterbury is near the end of the construction schedule, about two to three years from now ‘go-live,’” she said.

The price of subscriber fees has not yet been announced, but the group intends to keep internet access affordable for all in the area through a partnership with the nonprofit Equal Access to Broadband, which will connect folks with government programs to help pay their internet bills.

CVFiber is making an effort to make sure its construction designs line up with how land is already used, Diamantides said. “We understand the importance of stewardship of [the] community that we’re hanging our fiber in,” he said.

He said the district also wants to create a webpage to let customers see where installations are happening, with the option to schedule their own.

The full webinar can be found on the CVFiber.net website.