Four speakers came together to educate people on the dangers of teaching CRT. The evening started with reciting our nation’s Pledge of Allegiance and signing “God Bless America.”

Gregory Thayer, founder of V4V, welcomed everyone to the Whetstone Church Hall, a historic building and former factory converted in a place to worship. He said equity is not equality, and that equity does not bring individual outcomes, but rather manufactures the same outcome for everyone. 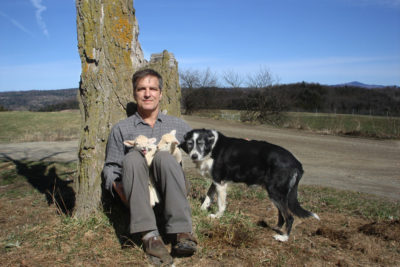 John Klar, an attorney from Brookfield, explained how BLM, CRT, and “education justice” all reverse the teachings of Martin Luther King, Jr., and that questioning the government reprogramming of children’s minds to eliminate “subconscious racism” — in white children only — is hardly a right-wing concern. Evidence shows that subconscious biases do not translate into explicit discrimination, and that most racial disparities are not caused by white supremacy. Klar said CRT proponents have a duty to prove this “theory” before it is imposed on white schoolchildren, and warns that there is no evidence that it will be effective at eliminating discrimination.

In addition, he argued that existing CRT policies in Vermont discriminate based on race in violation of the 14th Amendment, illegally segregate children in schools based on skin color, and inflict emotional harm by shaming children solely for the color of their skin.

Local community leader Mark Coester, of Wilmington, spoke about the harms in our society and how CRT “will add to it and make racism worse than ever from the past.” Coester continued sharing some first hand experiences in everyday life that government controls have negatively affected his business and personal life.

University of Vermont professor Aaron Kindsvatter, who teaches the next generations of counselors in the Graduate School of Counseling, said he is very concerned with the CRT teachings aimed at younger minds, and the language UVM is looking to adopt about the definition of racism and anti-racism. According to Ibram X. Kendi, a “racist” is one who is supporting a racist policy through their actions or inactions or expressing a racist idea. “Anti-racism” pertains to one who is supporting an anti-racist policy through their actions or expressing an anti-racist idea. As published in the UVM Magazine Quillette, Kindsvatter said that these definitions will change America forever.

Thayer told the audience that “CRT is not about race, it’s about control and Marxists teaching our children about tearing down America’s rich history, culture, our statutes and systems — and it’s about destroying our American Freedom and Liberty”

Thayer established the V4V Initiative in December 2018 to have a voice and to educate all 660,000 Vermonters about what is happening with CRT in Vermont.

“CRT violates our Constitution, free speech, the 1964 Civil Rights Act,” he said. “It also violates everything that Dr. Martin Luther King fought for and taught us, as well as Frederick Douglas and Booker T. Washington.”

According to Thayer, students in classrooms are being asked a series of questions that relate to critical race theory: When did you become aware of your race? Did the adults in your life have to address the topic of race? Beyond self-education, what is the most important action you can take? What are the parallels between lynchings and police brutalities today? If you are white, how has your race affected you? What relationship do you have with the police? How does your race play into that?

“It is not the role of either teachers, mental health professionals or other stakeholders to have their ideological needs gratified in the classroom or in the therapy room,” Kindsvatter said, adding,  “This is at the foundation of every ethic that informs the helping professions and it should be at the foundation of every curriculum decision that is made within the schools.”

The night concluded with some audience questions on how to get involved and see what is being taught in our schools. Klar told the roughly 65 people in attendance that they have a right to ask for and petition their local school board for documentation and curriculum information on what is being taught to the students.

One thought on “CRT town hall attracts 65 Vermonters in Brattleboro”