Last week, city officials announced the three finalists who are seeking to purchase the municipal broadband network: Ting/Tucows, an internet service provider and mobile network operator based in Canada; Schurz Communications Inc., an Indiana-based television, newspaper, radio and broadband company; and Keep BT Local (KBTL), a cooperative formed for the sole purpose of purchasing the telecom. All support net neutrality. 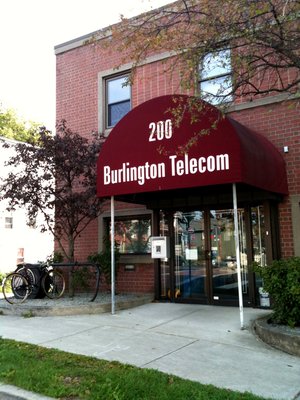 Burlington Telecom is a locally owned municipal broadband company that provides Burlington residents with internet, television and telephone services — all on a fiber-optic network.

The sale was ordered in 2014 by the Public Utilities Commission (then called the Public Service Board) after years of mismanagement, including the misuse of $17 million in public funds and a $33 million debt to Citibank, which resulted in a lawsuit.

In the sale criteria set forth by the city, commitment to “net neutrality” ranked third, behind local ownership and continued affordability of services. During the Obama administration, the Federal Communications Commission classified internet service as a public utility and set forth rules that service providers (ISPs) offer one set of speeds and prices for all content produced and distributed on the internet.

That policy is on the verge of being repealed under the leadership of FCC Chairman Ajit Pai, an appointee of President Donald Trump. Pai proposes reversing the Obama regulations and allowing telecoms to offer multiple tiers of internet service at varied prices within a free market system.

Monica Webb, director of Market Development and Government Affairs for Ting/Tucows, said while support for net neutrality was on Burlington’s wish list, Tucows was already a vocal supporter of the policy.

“Tucows didn’t just agree to net neutrality because BTAB [Burlington Telecom Advisory Board] had made it a condition,” she said. “We’ve actually stood in support of it vocally since it became an issue. We actively participated in the net neutrality campaign.”

“It’s more about fairness and encouraging innovation than it is directly about price and service,” Webb added.

The problem with leaving ISPs unregulated, according to Webb, is that customers are generally dissatisfied at the level of service they are getting and the prices that they are paying. Service and price options could get even worse if the industry evolves toward a monopoly.

Webb’s concerns aren’t the only ones put forth by net neutrality supporters. Other objections, usually coming from those on the political left, include a fear that an unregulated internet will allow corporate giants to control news and information by giving better prices and speeds to favored content, while “little guy” businesses and disfavored content will lose out or be censored.

While net neutrality claims to offer better deals for consumers and innovation, Weisman said, government regulation tends to have the opposite result.  For instance, net neutrality proposes to restrict telecoms from offering increased speeds to consumers who are willing to pay extra because it could undermine smaller competitors who can’t compete. Weisman likened that to asking Ford to stop purchasing more expensive parts for vehicles because it might undermine competitors.

“Does the government have a role in that market to dictate how to produce cars and trucks?” he said.

He added that it’s not a valid worry that small innovators won’t be able to afford expensive inputs and other equipment. He said part of the idea of starting a new company is justifying the opportunity to investors, and it’s not role of government to subsidize a lack of a convincing business plan.

“We’ve been operating for 20 years and yet the major telecom companies, with few minor exceptions, have not done these things they are afraid of,” Owens told True North. “They conduct business right because it’s more profitable than doing the bad things.”

Like Weisman, Owen noted that there is no current threat of a monopoly in the telecom industry.

“In most decent size cities, there are at least three competing — it is not the same as the AT&T case,” he said. “We really don’t need these rules. If they do [start to hurt consumers], then that’s the time for new regulation.”

Owen says the bigger fear is that a heavy-handed FCC would cause regulatory capture of preferred internet and cable providers, leading to corruption and cronyism. “For decades the FCC helped AT&T hold that industry,” he said, citing the problem with the telephone industry prior to the era of deregulation.

Since the FCC has not yet repealed net neutrality, the fact that bidding companies in Burlington are indicating their support for it is largely a moot point. However, given the current lack of price and service abuses characteristic of monopoly conditions, many observers believe the FCC will roll back the Obama-era policy and deal with violations as they arise, on a case-by-case basis.

Webb said Tucows only wants what’s best for Burlington residents when it comes to internet freedom.

“Absolutely, we believe in consumer privacy. We believe in free speech, we believe in open access to information. And as long as it doesn’t violate any laws, then we’re not in favor of censorship,” she said.