While certainly not yet a flashing red signal, the downgrade is clearly in the flashing yellow category. For context, consider this. Since the 1991 downgrade and until last month, Vermont’s credit rating incrementally improved to the highest levels by all three rating agencies. During this 27-year period, while Vermont and the nation endured the Dot-Com recession of 2001 and the Great Recession of 2007-09, Vermont’s bond rating held its high rankings through these difficult times. Yet now, amidst a period of extended economic recovery, Vermont’s rating is downgraded. Hopefully, this revealing and expensive irony awakens our leaders to action in both the public and private sectors, for a further downgrade will cost taxpayers and those who borrower from publicly funded lending entities like VSAC and VEDA additional millions. 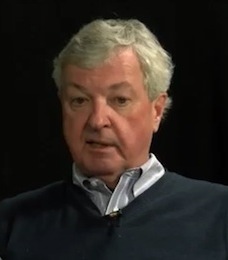 Moody’s explicitly highlighted Vermont’s “unfunded post-employment obligations,” which include the teachers retirement fund, as problematic. Moody’s warned: “Sustained growth in debt or unfunded post-employment liabilities that outpaces economic expansion” could lead to a further downgrade. The demographic and financial trends associated with the teachers retirement fund are legitimate causes for concern. Over the past 17 years, while the enrolled student count has dropped by over 17 percent, the number of active members in the system has remained nearly constant and the number of retirees and beneficiaries has grown rapidly. These divergent trends among the demographic underpinnings of the fund, in addition to low investment returns on fund assets, are key drivers of the growing unfunded liability.

As Vermont’s student enrollment declines while the number of teachers and administrators remains near constant, the ratio of students to “active members” decreases. The NEA reports that Vermont now has the lowest ratio in the country at 9.49 students per teacher. For context, the national average is 15.96 students per teacher while New Hampshire and Massachusetts are at 11.95 and 13.21 respectively. Despite higher staffing ratios, both New Hampshire and Massachusetts profile better student outcomes than Vermont.

At the beginning of the 2015 legislative session hope existed that the Department of Education and the Legislature might address Vermont’s high staffing ratios. Education Secretary Rebecca Holcombe explained to the House Education Committee “that the state could save $74 million a year by shifting the present student to staff ratios (which includes both teachers and support staff) from 4.67:1 to 5:1.” At a ratio of 5:1, Vermont would still be the lowest in the nation.

But, the political lift to better align Vermont’s staffing levels with declining student enrollment was too heavy, leaving taxpayers on the hook for high property taxes to support current education expenditures and high general fund allocations to support future pension plan benefits. Instead, the Legislature moved on to the passage of Act 46, a bill to consolidate school districts that has yet to show any evidence of lowering staffing ratios or per pupil education spending in Vermont.

Moody’s credit rating downgrade is a message that expresses both the hope that Vermont will address its fiscal imbalances and restore its top rating as well as a warning that if it doesn’t, the toll on taxpayers and government services will be severe. To address the imbalances in the teachers pension fund, our political leaders must first start down the path of reasonable compromise with the NEA. The NEA is a very powerful political force. For example, in the race for governor between Republican Jim Douglas, former Democratic Speaker of the House Gaye Symington, and Progressive Anthony Pollina, the NEA abandoned its usual support for the Democratic candidate and endorsed Pollina, in part because Speaker Symington had supported a very mild property tax reform proposal. While Jim Douglas won that race, Pollina came in second and the chastised Symington third. You can read about it here.

Our government leaders must be both fair to and clear with the NEA that a solution to the pension imbalances needs to be solved soon and that will of necessity require more realistic and affordable staffing ratios. Absent such a solution, and especially if the next recession is soon upon us, Vermont’s future fiscal circumstances will mirror the chaotic and painful period experienced from 1990 through 1995.