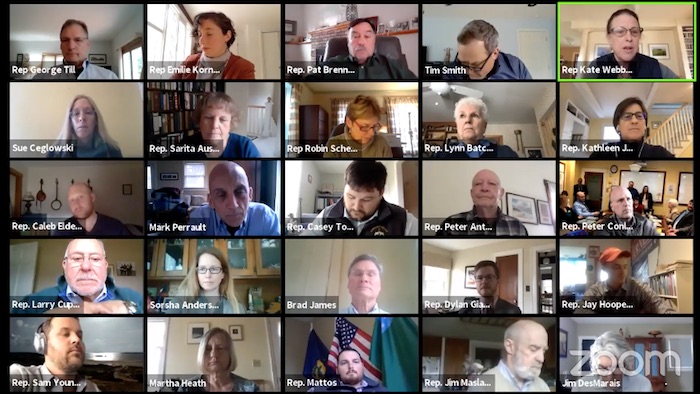 The Legislature is supposed to set the “yield” rate for Vermonters’ property taxes, but the economic chaos set off by the COVID-19 response has left the bean counters shrugging their shoulders — there is a great deal of “we don’t know what we don’t know.”

What we do know, according testimony before the House Education and Ways and Means committees, is that the FY2020 education budget is suddenly looking at revenue downgrades of about $40 million. There is some confusion about whether $31 million in federal bailout money can be used for 2020 expenditures, which would go a long way toward filling that hole, or if it needs to be used for FY2021. Still, most of the property tax money needed to pay for the 2020 school year has already been collected, and we should be able to weather the storm in the short term.

However, FY2021 looks like a real nightmare. Almost all the local school budgets for 2021 have already passed, and these created a total statewide spending increase of $70 million — an expensive nut to crack even before the crushing loss of tax revenue brought about by shutting down the economy. The reserve fund, estimated in January 2020 at just under $13 million, is expected to be entirely wiped out this year dealing with the crisis, so we will start 2021 with nothing in it. Additionally, lawmakers changed the always controversial budgetary practice of requiring a transfer of money from the general fund to the education fund in favor of a system that filled the Ed fund with dedicated revenue streams — the sales & use tax, vehicle purchase and use tax, rooms and meals tax, and lottery sales. All of these sources are going to be massively down, which will put tremendous upward pressure on the property tax.

Schools in the meantime are not saving money despite being closed, and, as Brad James, Finance Manager at the Agency of Education, pointed out, aren’t likely to moving forward as most of the education dollars are locked up in salaries and benefits guaranteed in union contracts. The only option would be a reduction in force (RIF) or a re-votes on local school budgets — an option James says is possible as school boards have the power to call for new votes.

You can watch the committee discussion here.

9 thoughts on “COVID-19 impact on Vermont property taxes not clear, but big”