How can Americans be certain that scientific studies that are the basis of costly EPA regulations are accurate, and that the benefits of the regulations outweigh the expense?

Contrary to what critics say about a proposed rule from the Environmental Protection Agency, part of the answer lies in greater openness and transparency by federal officials, according to a new report from the Competitive Enterprise Institute, a Washington-based libertarian think tank. 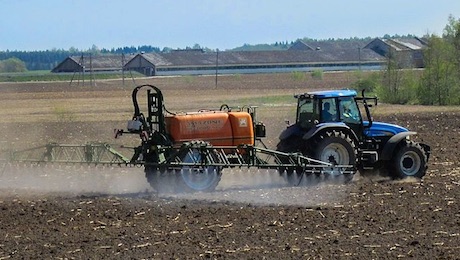 On Aug. 9, a federal appeals court ordered the EPA to ban the pesticide chlorpyrifos within 60 days.

The rule, called “Strengthening Transparency in Regulatory Science,” would require the EPA to publish the scientific data behind regulations so that the information would be available for public scrutiny.

The value of the proposal became apparent Aug. 9, when a federal appeals court ordered the EPA to ban the pesticide chlorpyrifos within 60 days, says CEI senior fellow Angela Logomasini, who authored the study.

“The Trump administration should certainly challenge this ruling, which goes beyond the bounds of reason and conflicts with all the best science on chlorpyrifos,” Logomasini, who specializes in environmental and consumer issues, said in a press release, adding:

The EPA is currently pursuing a scheduled scientific review on chlorpyrifos, and there is no reason they should stop that because of a misguided activist petition. The Trump administration was right to reject the proposed ban because it was based on a single study that EPA’s science advisory board indicated was inappropriate for drawing any conclusions.

In addition, the researchers refuse to release the underlying data of this study, preventing anyone from doing legitimate scientific review to ensure its validity. This case offers yet another reason why EPA should finalize its pending rule to increase scientific transparency at the agency.

If Congress decided to impose a ban, it would hinder farming and raise consumer prices for food, Logomasini noted in a recent op-ed. Proponents of a ban on chlorpyrifos see a connection between the pesticide and developmental disabilities in children.

A report in The New York Times about the order from the U.S. Court of Appeals for the 9th Circuit cites studies concluding that the effects of  chlorpyrifos on children “included lower birth weight and reduced I.Q., with farm workers also reporting loss of working memory and other health consequences that at times resulted in hospital admissions.”

Court watchers consider the 9th Circuit to be one of the most liberal federal courts in the nation, and President Donald Trump hopes to reshape it through his appointments.

What the Rule Would Do

The EPA’s transparency rule would help to counter unsubstantiated claims against pesticides such as chlorpyrifos that protect crops from insects, Logomasini argues.

The proposed rule would require the EPA to “use peer-reviewed information, standardized test methods, consistent data evaluation procedures, and good laboratory practices to ensure transparent, understandable, and reproducible scientific assessments.” It is modeled after legislation that would have banned the practice of “secret science.”

Several versions of the bill passed the House, but not the Senate.

The EPA’s proposed transparency rule includes language similar to the legislation. EPA officials also included provisions that are quite different from what advanced through the House.

“The rule affords the EPA administrator considerable leeway to permit regulators to use research in cases where privacy or other concerns limit public availability,” Logomasini writes, adding:

In fact, under some laws, such as the newly reformed Toxic Substances Control Act, the EPA must use such research if it constitutes the ‘best available science’ on an issue. In that case, even if data were not fully available, the agency would still be required to rely on those critical studies. However, in cases where data can be more transparent without privacy concerns, the EPA could not refuse to release the data on arbitrary grounds.

If implemented, the transparency rule would not cover all EPA regulatory activities, but it would be applicable to regulations that would be expected to cost at least $100 million a year, according to the report. The rule also includes provisions that safeguard “confidential business information” and is “sensitive to national and homeland security,” Logomasini writes.

The transparency proposal has attracted criticism from some researchers who have expressed concern that it would hinder the scientific process. Logomasini analyzes some of these arguments in the report.

For example, John Ioannidis, a Stanford University professor of medicine, warns in a recent editorial that if the rule is implemented, “science will be practically eliminated from all decision-making processes” and that any new regulations “would then depend uniquely on opinion and whim.”

Despite his expressed misgivings toward the EPA proposal, the CEI report notes that Ioannidis raises “some good points” that make a strong case for greater transparency in science.

“Many critics of EPA’s transparency rule claim it is ‘anti-science’ and represents an ideological attack on regulation,” Logomasini says in her report. “It is true that those who prefer less regulation hope that the rule would eliminate unnecessary regulations that are based on poor-quality science. And it is also true that many oppose the rule because they fear it will weaken regulation. But irrespective of these ideological views, increasing transparency in science, whether used for government regulation or not, is an inherently pro-science goal.”

The EPA implemented those rules for the purpose of alleviating airborne particles smaller than 2.5 micrometers in diameter, known as PM2.5. The regulations were based on science produced in a taxpayer-funded study from Harvard and Brigham Young University researchers that the agency kept sealed from public scrutiny.

Researchers who were part of the Six Cities Study have said they never agreed to release the data attached to the study and cited a need for anonymity. The EPA repeatedly has resisted congressional requests to disclose the information.

If researchers have genuine privacy concerns, the transparency rule can accommodate them, Logomasini says in the report. But she also points out that if the study’s findings are accurate, release of the data would serve only to strengthen the case for the air regulations:

In cases where the data can be made anonymous, it should be released regardless of whether it supports weakening or strengthening regulations. After all, if a study’s findings are valid, releasing the data will only strengthen claims about the benefits of these regulations. If the findings are not valid, then we know that regulatory costs may not be justified, and that society actually suffers net negative effects because of those costs.

Indeed, regulation can translate into higher prices for food, transportation, consumer products, and even medicines. The debate over the rule is not about whether it benefits industry or not, but about how it impacts public health and well-being overall.

A Matter of Trust

Daren Bakst, a senior research fellow in agricultural policy at The Heritage Foundation, submitted comments that same day and credited the agency for recognizing the importance of public participation in the regulatory process.

“A transparent rulemaking process helps to ensure that decisions are being made in a proper fashion,” Bakst wrote, adding:

The public should not be expected to just trust the EPA (or any agency) to promulgate any rule it wants and draw its own conclusions without the public knowing how those conclusions were reached. This expectation does not change simply because the agency is dealing with a scientific study. Further, the EPA is not immune to seeking preferred policy outcomes and using questionable science to achieve those outcomes. Transparency helps to minimize these problems.

But the proposed rule remains the subject of criticism from other researchers and environmental advocacy groups.

The Natural Resources Defense Council, a nonprofit based in New York, argues in a blog post that the rule would “roll back health protections” because it could be used to prohibit studies that were the basis for regulations that protect the public from pollution and other dangers.

“There are many reasons why a  study cannot be made fully public, or replicated,” the NRDC blog says, adding:

But supporters of the EPA proposal view it as a commonsense measure that will bring an added element of accountability to the regulatory process.

“EPA’s proposed rule strengthening science transparency is as common sense as rules come,” Tom Pyle, president of the Institute for Energy Research, told The Daily Signal in an email.

“The public must be able to hold government institutions accountable and that can only be done if the science used to justify costly regulations is rigorous, reproducible, and holds up to independent scrutiny,” Pyle said. “Peer review and factual analysis are hallmarks of scientific research. If the EPA doesn’t have to follow these standards, how can we trust that the rules they put forward are based on sound science and not political science?”

The Institute for Energy Research is a Washington-based nonprofit that favors free-market solutions in setting energy policies.

The EPA said it has begun to review the more than 479,000 comments, a process that could last through fall. The agency then will determine a timeline for making a final decision.