Windsor residents and House candidates have strong and differing views about the school board’s punishment of the local school principal for Facebook statements questioning Black Lives Matters. And now the controversy has gone national.

On Friday, June 12, the Mount Ascutney School Board said in a statement it is “uniformly appalled” by statements made on Facebook by Windsor School Principal Tiffany Riley, and that she had been put on paid leave and “will no longer lead our school.” To date her status is unchanged.

The board statement quoted the following post by Ms. Riley: “I firmly believe that Black Lives Matter, but I DO NOT agree with the coercive measures taken to get to this point across; some of which are falsified in an attempt to prove a point. While I want to get behind BLM, I do not think people should be made to feel they have to choose black race over human race. While I understand the urgency to feel compelled to advocate for black lives, what about our fellow law enforcement? What about all others who advocate for and demand equity for all? Just because I don’t walk around with a BLM sign should not mean I am a racist [sic].”

The board called these statements “ignorant” and “prejudiced” and said the school must expose and oppose “White Advantage” and “White Privilege.” Since Friday, the school board has met twice in executive (closed) session without taking action. Attempts by Vermont Daily to contact Riley have been unsuccessful.

Windsor residents comment: “My wife and I read [the Facebook post] in full and honestly don’t see how it could possibly be construed as racist,” Daniel Worts of Windsor said (at about the 15-minute mark of the Monday, June 15 school board meeting.) “Everything she stated seemed to be perfectly factually accurate, and to me it feels very Orwellian to oust her on the basis of this sort of wrong think against the accepted ideological narrative.”

“Again if this is exclusively on the basis of the Facebook post, I think the the district itself is not necessarily committed to what should be the chief core value of any educational institution, which is vigorous challenging of ideas, conventional or otherwise, through critical thinking and open, honest and good faith discourse to get to what would be the ultimate truth and ideal policy for all.

“I think she was correct to state that there are legitimate criticisms that you can lay on the black lives matter movement itself and that it is not mutually exclusive to hold those criticisms while at the same time truly caring for the life of every person be it in the school district, the state or the planet itself.”

Other public comment Monday was less favorable. One parent complained at length about how Riley dealt with her special needs child. A staff person said other staff agree with the board but fear speaking out will invite retribution. And Windsor resident Shannon Smith said: “I think that the ongoing responses from the principal – former principal – Riley just go to show that she doesn’t get it. And to not get it when you’re in a place and hour and with a voice that reaches as far as hers does, I think it’s really harmful. It’s okay for us to not know when we’re busy with life. But she’s an educator, she’s a leader in town and just can’t get it. And it’s not okay to not get it anymore.”

The other is held by Zachariah Ralph, a Progressive, who responded: 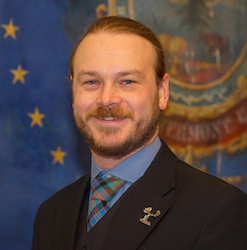 “I support the unanimous decision by the board of the Ascutney Mountain School District to remove Tiffany Riley from her role as principal of the Windsor school. Her comments posted on Facebook that ‘people should not be made to feel they have to choose black race over human race’ and ‘While I understand the urgency to feel compelled to advocate for black lives, what about our fellow law enforcement?’ are, in the words of recent Windsor graduates, ‘insanely ton-deaf.’ I have learned that Tiffany’s posts were in response to an alum of the Windsor School who had approached the administration with concerns about the flag.

“Her first comment about choosing ‘black race over the human race’ is a clear reference to the ‘All Lives Matter’ slogan, which counters the ‘Black Lives Matter’ slogan. All human lives should have equal value, but our history and current actions have shown that we as a nation do not put an equal value on all human lives. ‘All lives matter’ is racist, because it advocates for the continuation of things as they are right now, where police can disproportionately kill, brutalize, and imprison people of color without repercussions.

Her second comment is tone deaf because it ignores the fact that law enforcement already has strong advocates on their side. This is why white racist police officers can murder black people in broad daylight and get away with it. Only after intense, large protests was George Floyd’s killer charged with murder. Most of the time police officers are never charged, and when they are, they are not found guilty or receive minor forms of punishment. Criticism of our law enforcement system is not against all police officers, it is against the militarization of our police force, the use of force, and a culture of ‘brotherhood’ that allows for fellow police officers to get away with racist behavior.”

To Vermont Daily’s question about “what lessons in civics Windsor students will draw,” Ralph answered: “Windsor school students wrote letters and called for action in response to Tiffany Riley’s posts. The result of having Tiffany removed from her position should teach Windsor students the most valuable lesson in civics, which a democracy has to offer: when you are engaged and active you can create change. She was removed at least in part because of the students’ advocacy. I hope that Tiffany also learned a lesson in civics from her actions, which is that as a community leader, you can only lead for as long as you are able to maintain the trust and faith of the community which you live in and represent.” 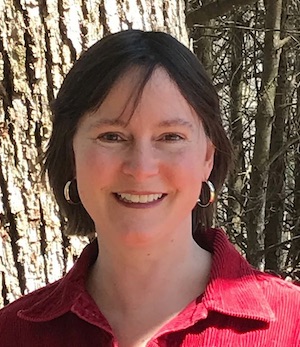 “Last week, my husband and I participated in a Black Lives Rally here in Vermont. This was a well-attended event and a welcome opportunity to be part of the collective voice regarding this critical issue.  As a nation, we must end police brutality in any form, for the sake not only for people of color, but for us all.

“With regard to the actions taken by the Mt. Ascutney School District Board, I value the Board’s dedication to education and understand their wish to express support for the Black Lives Matter movement. However, as an American, I believe that our Freedom of Speech is essential to forward progress on any front. We must always proceed with caution when considering political expression by individuals, even those in leadership roles. This is true whether an individual is kneeling in solidarity with the BLM movement or, in contrast, declining to carry a BLM sign. Our nation relies on open discussion to resolve social issues.”

Republican Wes Raney answered succinctly: “The school board’s comments were much more inappropriate than Ms. Riley’s. They may even rise to the level of defamation of character.”

Gov. Phil Scott: When asked about Riley’s firing at a press conference Monday, Gov. Scott replied: “It sounds like a constitutional question that is appropriate to ask. [The governor said he is aware of the situation, and does not know if the principal has hired a lawyer.] “I do question a bit that when you have someone who is expressing their right to free speech, to be penalized for that, is problematic.”

National legal expert Jonathan Turley: In a blog post yesterday, constitutional expert, law professor, and media pundit Jonathan Turley criticized the decision: “What about the faith and tolerance of free speech? There is not even a nod of concern over the right of people to support reforms but not necessarily the BLM movement or some of its more controversial positions.”