At this year’s FreedomFest in Las Vegas, purveyors of doom and gloom in tailored Brioni suits warned their fellow libertarians that the next Great Depression was on its way, and “Now! Now! Now!” was the time to buy gold, silver, and diamonds. Meanwhile, the editors of Reason magazine argued that the “world is always reinventing itself because of freedom,” and that “we are far better off than 50 years ago.”

Perhaps a more obvious contradiction was their approach to President Donald Trump, compared to last year.

At the previous FreedomFest, the several thousand attendees loudly voiced their displeasure with the first six months of Trump’s presidency. This year, at the conclusion of a debate between Trump enthusiast Wayne Allyn Root and Never-Trumper Ross Douthat, Root’s passionate defense of the president clearly won out over Douthat’s measured analysis. 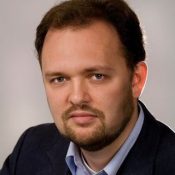 Douthat himself even admitted that Trump, or at least his administration, deserved praise for achieving significant tax cuts and for the Supreme Court nominations. A TV reporter confirmed to me that he encountered little anti-Trump opinion compared with the previous year.

Most libertarians are firm in their religious skepticism — no invocation or benediction at any event, thank you — and they declare reason over religious faith as their personal guide. Yet the primary organizer of FreedomFest is Mark Skousen, a devout Mormon who thinks it is possible to be both a libertarian and a believer in a transcendent being. The conference even hosted a well-attended debate addressing the question, “Is faith compatible with reason?”

The contradictions were also evident on foreign policy. Most libertarians are neo-isolationist and eager to slash, and even eliminate, the $600 billion national defense budget. A major panel proclaimed: “Danger Zones: How America Is on the Brink of Losing Its Soul through Its Foreign Policy.” Yet the conference also featured a young defector from North Korea. She recounted her sad, isolated life—as a teenager, she had never seen a movie or heard of the Beatles or read a book that had not been approved by the government.

Needless to say, defectors like her would have a much harder time defecting if U.S. intervention hadn’t blocked the communists from taking over the entire Korean Peninsula.

Thanks to one of the organizers, Jo Ann Skousen, FreedomFest each year highlights a film festival called Anthem. This year, Anthem featured films about life behind the Iron Curtain showcasing why we needed a Pentagon during the Cold War — the world was a dangerous place with enemies who wanted to bury us. Indeed, a panel on communism concluded that the world is still dangerous. 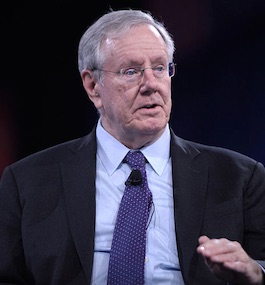 All said, FreedomFest 2018 was paradoxical to the core. The conference hosted 2,000 attendees, 250 speakers, and 100 exhibitors selling everything from precious metals to Caribbean real estate, stock market tips, best-selling books, classics like “The Wealth of Nations,” futures in water and oil, estate planning, rare coins, and collectibles.

The mood was mixed — part blue skies, part “the sky is falling.” It seemed to me there were fewer students than last year, and one Millennial suggested the registration fee of almost $500 was “a little high” for 20-year-olds.

Still, FreedomFest in Las Vegas has become the libertarian CPAC, the place to be if you quote Ludwig Von Mises, adore Ayn Rand, and praise Reason magazine and the Cato Institute — a think tank that would eliminate the 16th Amendment and welcome the return of the gold standard. They keep hoping for an electoral breakthrough via the Libertarian Party, but it never seems to come.

At the concluding banquet, attendees stood and gave a standing ovation to publisher Steve Forbes, the former presidential candidate who declared that we are in “a golden age” of communications in which “each and every one has something to contribute, materially and spiritually.” His speech was a fitting way to end FreedomFest 2018 — reaching out to both libertarians and conservatives, who despite their differences, have more in common than the purists on each side claim.

Lee Edwards is the distinguished fellow in conservative thought at The Heritage Foundation’s B. Kenneth Simon Center for Principles and Politics.