By Bill Walton | The Daily Signal

It’s beginning to look like Republicans in Congress are going to squander yet another opportunity to do something big to boost the economy.

Our pro-prosperity president wants a pro-growth tax package, but our Republicans in the House cannot break out of self-imposed constraints and propose one. As a result, the House’s tax plan narrows the tax base, makes the code more complicated, and fails to reduce taxes on wealth creators — AKA the rich. 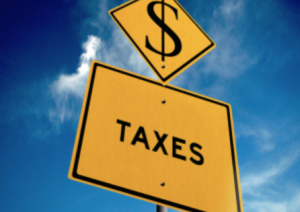 Yes, there are some positives in the plan, as Rachel Greszler and Adam Michel of The Heritage Foundation explained to me on a recent visit to “Common Ground with Bill Walton.” But the package could do so much more if the tax writers were not so captured by static analysis paralysis and afraid of being accused of favoring the rich.

As a consequence, the Tax Cuts and Jobs Act is mostly small ball.

The biggest positive, said Michel, would be reducing the federal corporate tax rate from 35 percent—the highest in the industrial world — to 20 percent. But even there, earlier proposals had called for a 15 percent or even 12 percent to match Ireland’s.

Businesses can write off investments quicker, but this provision has also been watered down to exclude many items like used equipment.

Same with the estate tax. It is eliminated … in six years. If this provision survives intact, invest in respirator companies because people will be doing whatever they can to keep Dear Old Dad alive until 2023.

There’s also a doubling of the standard deduction to $24,000 for individuals, which helps individuals and small, pass-through corporations but does little to spur investment.

Meanwhile, a tax bracket was added, and the top rate of 39.6 percent won’t change.

The Republicans are stuck on the idea that they must provide significant tax cuts to the quote-unquote “middle class.” But 50 percent of Americans pay hardly any federal income tax, and the top 10 percent of income earners pay 70 percent of all taxes.

If we truly want to reform the income tax system, we must be talking about bringing down those top rates as well. Moving around little pieces, trying to provide a big tax cut for people that already don’t pay a large share of the total income tax, doesn’t get you much.

It becomes even harder when you consider the rules the Republican majority chooses to play under.

Proposals such as the Tax Cuts and Jobs Act continue to be scored under a static system that assumes changes in the tax code have no bearing on investment and savings decisions, as opposed to a dynamic system that accounts for incentives.

It’s “just this box that Congress puts itself in,” Greszler said. “You don’t get those revenue effects. We don’t really have dynamic scoring. They’re not going to give the full true growth effects that we believe are going to happen.”

The Senate passed a measure that said the tax cut can’t exceed $1.5 trillion. Now, it must tie itself into knots trying to achieve that number.

Michel said, “Republicans have pushed to change the rules and do revenue estimates on a 20-year basis, rather than the current 10, to allow the economic benefits of tax breaks more time to accrue. This would make economic growth and human flourishing a much bigger part of the equation and what’s-in-it-for-me thinking a bit smaller.”

As it is, we “have all these complicated rules to make that $1.5 trillion number work,” Michel said. “The economic growth would make it not nearly as deficit-heavy as it otherwise would be. It’s working in the system, saying, ‘If the Joint Committee on Taxation is going to give us this irresponsible score, we’ll work within that world. But in reality, we understand that this isn’t actually going to be a tax cut of $3 or $4 trillion.’ In the real world, economic growth is going to make up a big piece of this.”

We’re left with some progress, which we hope will create momentum for more. But we’re also left with the thought that so much more could have been done now.

“A lot of it is a lack of desire to make that bold move to say we no longer want to be constrained by these arcane rules,” Michel said.

“It’s really that they’re allowing themselves to be shackled by process. You can debate whether that process came from a good place or has a role in the future. But a lot of the things can be changed. It’s just a matter of mustering the political courage to change them.”

Bill Walton is a trustee of The Heritage Foundation.