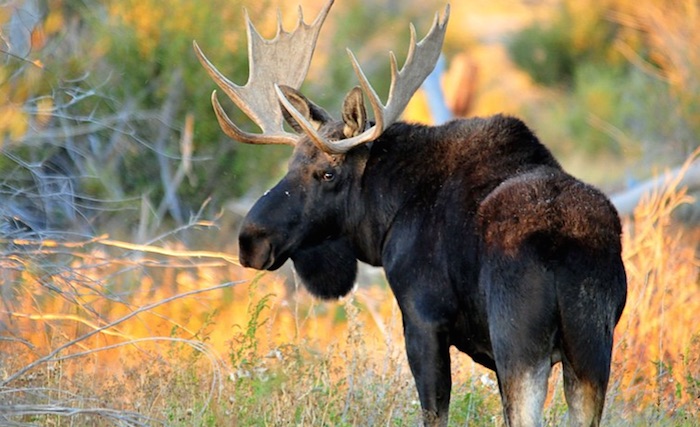 MOOSE LAND: Vermont sportsmen hope a 60,000 acre expansion of the Silvio O. Conte National Fish and Wildlife Refuge will continue to let people and creatures share the land in accordance with state law.

The U.S. Fish and Wildlife Service wants another 60,000 acres of northeast Vermont, and so far the state’s leaders are expressing reservations about the giant land grab.

“Because of the lack of information and the unknown impacts this will have on our economy, I am very apprehensive about the federal government acquiring additional land for the Silvio O. Conte Wildlife Refuge,” Vermont Gov. Phil Scott said in a statement.

Scott said the feds’ past actions regarding land grabs is not reassuring.

The governor said this substantially slowed down productivity in these areas, straining the local economy while global markets got more competitive. He also said expansion has reduced the tax base as the state faced demographic challenges.

“Scott’s letter correctly points out that the refuge service does not cut trees and manage the forest anywhere near the rate that the private forest industry does. And with an expansion of this size there’s going to be a significant blow to the forest products industry,” he said.

McLeod added that there’s really no sign that the federal land grabs are going to stop. He said while they want 60,000 acres this time, they have authorization for 90,000, and it could continue from there.

He added that without proper forest management, animals suffer, noting that managed forests provide food and cover that result in healthier and more abundant wildlife and game species.

Regarding the economics of the expansion, numerous towns have testified in public hearings about negative impacts because the money paid by the feds is nowhere near the tax revenue they receive from private ownership.

As for the impact on recreation, the plan bans ATVs, and there are ATV trails in some of the targeted areas. McLeod added that many ATV users are elderly and disabled persons who have no other means to experience the wilderness.

He also said there are some new hunting regulations outside of Vermont law, but he’s not yet sure what these would be.

“The proposed expansion of the refuge has a lot of very substantial, severe negative impacts,” McLeod said.

Steve Agius, the federal refuge’s current manager, says open-access and economic development are high priorities for the management of these lands.

“Regarding many of the concerns that Vermont Traditions Coalition has, I think that we have a lot more similarities than we have differences,” he said. “The refuge strives very hard to provide public access for hunting, fishing, trapping and other public uses.”

He said in the winter snowmobiling is allowed and encouraged for the local economy. He also said the $59.2 billion outdoor recreation industry nationwide pumps money back into state and local economies.

“The refuge is part of that,” he said. “There was a study done called ‘Banking on Nature,’ which showed that for every dollar invested into the refuge system, $4.87 is put into local economies.

“So I can appreciate people’s concern that federal land ownership is taking away from the economy, but I think there’s a bigger picture that needs to be appreciated. It’s not just timber, it’s not just outdoor recreation, it’s a whole portfolio of what the Fish and Wildlife Service can offer the public.”

Agius said what makes this area of special interest is the unique low-elevation kind of spruce forest surrounded by steep mountains.

“This area is quite unique in that it is one of the few remaining intact sub-boreal, low-land spruce-fir forests,” he said. “And what that provides is lots of wetland habitat. We have unique fog-habitat on the refuge. There are a lot of streams on the refuge which are great for brook trout fisheries.”

Other groups are taking a wait-and-see approach to the plan. A sticking point is if the feds will apply Vermont laws or create new ones.

“We have no objection to the expansion,” Chris Bradley, president of the Vermont Federation of Sportsmen’s Clubs, said. “Our concerns become what laws are going to govern the expanded lands? Are they going to be consistent with Vermont law, or is that going to be something else?”

Bradley said the federation has weighed in and now it’s just the waiting game.

“We sent a letter to the governor expressing our concerns, but at this point I do not know which way it goes. My thought is it will probably follow state law as far as what governs what you can do in that expansion, but that’s my guess.”

As far as sporting activities are concerned, Bradley said that the feds have been fair with the rules that govern the existing 25,000 acres of the refuge.

“We just want to see that continued,” he said.

3 thoughts on “Concerns exist in Vermont over feds’ land grab”