A coalition of self-described “climate rebels” demanding action on a Green New Deal is planning to bring the nation’s capital to a standstill Monday by blockading traffic at key intersections in the city.

“On September 23rd, we are going to shut down DC,” the Shut Down D.C. Strike Coalition states on its website. “We will block key infrastructure to stop business-as-usual, bringing the whole city to a gridlocked standstill.” 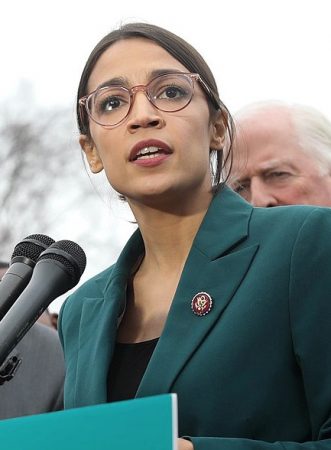 At the top of the coalition’s list of demands is the enactment of a Green New Deal similar to the plan Democratic New York Rep. Alexandria Ocasio-Cortez put forth that would transition the economy off of fossil fuels entirely by 2030.

“Shut Down D.C. agrees that to confront the climate emergency we must enact a Green New Deal, respect indigenous land and sovereignty, uphold environmental justice, protect and restore biodiversity, and implement sustainable agriculture,” the group said in a press release.

Intentionally blocking traffic, as the Shut Down coalition says it will do, is “not lawful activity,” Metropolitan Police Department (MPD) spokeswoman Alaina Gertz told the Daily Caller News Foundation.

Gertz said MPD is aware of the coalition’s planned action but declined to discuss any operational tactics.

“Our Special Operations Division is equipped to handle First Amendment assemblies of any stature,” Gertz said. “MPD would also like to advise the public to remain vigilant, and if you see something, say something.”

Ocasio-Cortez’s office did not respond to a request for comment asking whether the congresswoman approves of the coalition’s planned actions.

The Shut Down coalition, comprised of over a dozen climate and social justice organizations including the Washington, D.C., branches of the Democratic Socialists of America and Black Lives Matter, plans to split into about 24 “affinity groups” Monday morning that will blockade intersections in the city where they say the powerful congregate.

“We’re way past [allowing] a reasonable amount of time [for Congress to act],” coalition organizer Patrick Young told the Washingtonian. “There’s a climate crisis and the serious action on climate justice is well past due. The Amazon is on fire, the icebergs are melting, there’s no time to wait.”

Members of the coalition carried out a practice run of a traffic blockade earlier in September. Video the Washingtonian obtained showed the protesters in the middle of a D.C. street chanting, “The earth is on fire! Put the fire out!” in front of blocked traffic.

The protesters ignored a driver during their practice run who was trying to visit his wife in the hospital, the Washingtonian reported.

“F— all of you,” the man yelled at the protesters as they ignored his pleas. “I hope you all have husbands and wives and I hope they get sick and you can’t visit them.”

Young acknowledged that the wider D.C. community will likely be impacted by their planned actions, not just the city’s rich and powerful. He justified inconveniencing marginalized communities in an interview with the Washingtonian, saying that disruptions are commonplace throughout the city.

“Working class people and people of color are dealing with disruption every single day,” Young said. “What’s different about the 23rd is that people of power are going to deal with the disruption too.”

Content created by The Daily Caller News Foundation is available without charge to any eligible news publisher that can provide a large audience. For licensing opportunities for this original content, email licensing@dailycallernewsfoundation.org.
Images courtesy of Bruce Parker/TNR and Wikimedia Commons/Senate Democrats